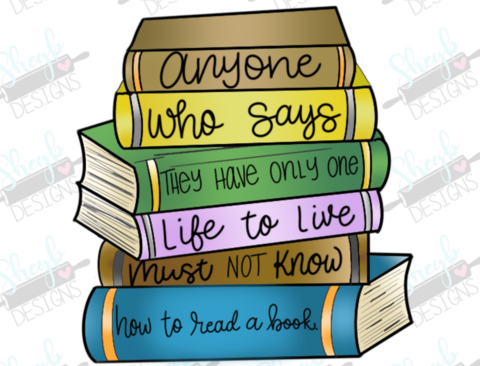 This listing will feature a female character as the main protagonist. Will generally include one or more of the following:

I don't read too many CN books with female protagonist compared to male protagonist since I don't like how most of them portray females. Plus the male lead's behavior can get pretty questionable.

But the ones that I can get through are worth checking out.

Check out these legends before you continue.

W = Webnovel (first 40-60 chapters are free, the rest of the chapters will need to be unlocked with passes or money, of course you can always try googling)

Note: Novel Updates doesn't accurately reflect the amount of chapters translated by Webnovel. You have to visit Webnovel to find out.

Back to the Sixties: Farm, Get Wealthy & Raise the Cubs
– IP

Lin Qing He transmigrated into the novel and became one of its cannon fodder. The novel's background is non-viable-1960s, time of want to eat but nothing to eat and want to wear, nothing to wear. Although the lack of supplies and life was monotonous, this wasn't what she was concerned about because she got a small personal interspatial space, which is stuffed with supplies, so temporarily no worries about basic needs.

What she is worried about, if she remembers correctly, her three so-called sons will become big villains in the future, and their upright and cold dad will end up in an indestructible end.

A really great read about a woman who takes her poor family to a better future. The only beef I have with it is the that author made the MC have a girl at 40+ (even though she's ligated and couldn't have kids), just so the family and the ML can have a daughter. Why?!

The pessimistic and negative daughter of a concubine living in the ancient times thought – since life is so difficult, why should one invest serious effort in struggling to live?

The life of an ancient noble woman is often determined and controlled by her family. Moreover, one's actions often implicate one's entire family – thus, it is fairly common to see an unexpected calamity result in suffering borne by one's whole family. Managing to live a good and successful life while retaining one's dignity is simply too difficult to achieve.

Ah, living in the ancient times is simply too dangerous – we should all just sleep till we die.

This is one of the more realistic depiction of what a female's life in Ancient China looks like. The MVP goes to the MC's grandmother. You can read the amazing reviews on NU for more details 🙂

It also has its own drama, but I don't really like how they adapt the story 🙁

The Rebirth of Han Yuxi – IP

At home, she was invisible; after marriage, she was a decorative vase; in the end, a sea of flames buried her, and not even her corpse remained. This is the portrait of Han Yuxi's previous lifetime.

Given a chance at rebirth, she strives to improve herself, wishing only to no longer serve as a foil or a pretty face. Then, she will seek out an exemplary husband and live a life of peace and prosperity. Alas, things turn out contrary to her wishes—she marries a man who bears a blood feud and hatred as deep as the sea.

She turns the world upside-down, but her road to happiness is strewn with setbacks and the sweetness that comes after bitterness.

This novel isn't just about a woman's personal rebirth. It details the rise of a new dynasty. The MC here doesn't just marry an emperor, she makes an emperor.

It also comes with 500+ chapters of extras and only ends after MC dies at the age of 90.

The Rebirth of the Malicious Empress of Military Lineage – C

Shen Miao, the Di daughter of a military lineage, pure, amiable, quiet and yielding, foolishly in love with Prince Ding, threw herself into the role of a wife.

After assisting her husband for six years, she finally became the mother of the world (Empress).

She accompanied him to fight for the country, flourished the country's territory, took risks to become a hostage in another country. When she returned five years later, there was no place for her in the Inner Palace.

The beauty in his arms smiled brightly, "Older sister, the country is stabilized, so you should retire."

Her daughter met with a violent death and her son the Crown Prince was deposed. Her Shen family who sacrificed themselves for the country and the Emperor, not a single one of them were lucky enough to escape. With the change of one dynasty, everything was overturned. Her clan perished and she had to mourn for her children.

Shen Miao never thought that being a married couple who have gone through trials and tribulations and mutually assisted each other was just a stage joke to him!

He said, "Seeing that you have followed Zhen for twenty years, Zhen will grant you an intact corpse. You should thank this kindness."

Under the three Chi (1 chi = 1/3 meter) of white silk, Shen Miao made a malicious vow: In the time to come, she will take part in each and everyone's end!

Upon rebirth, she returned to the time when she was fourteen, when the tragedy had yet to occur, her family was still alive and she was still the pure, amiable, quiet and yielding Di daughter of a military lineage.

Relatives hiding a black heart, Elder and younger (female) cousins are ruthless and malicious, the new Yiniang is like a tiger watching its prey and the disreputable man who wants to repeat the events?

Her family must be protected, the huge enmity must be avenged, the Imperial seat of the country must also be a part of the trophy. In this lifetime, let's see who can beat the others!

But that little marquis from the Xie family, the arrogant and obstinate spear carrying youth, stood biasedly at her side and proudly said, "Just the fall of the Imperial power. Remember this, the world belongs to you. You– Belong to me!"

Despite the title, the MC is more protective than cruel. This is one of the better rebirth/revenge stories.

Once you finish reading this one, congratulations, you just read at least two other books by this author, because the plots there are so similar.

To Be A Virtuous Wife – C

As a virtuous wife, does it include tolerating his cousin, enduring his concubines, bearing his mother?

If you will not let me live freely, why would I let you live in satisfaction?

Did fate let women time-travel so she could learn the three morals and four virtues?

Rather than act like a coward and live, it would be better to live in satisfaction and die.

This has a smart MC who knows how to keep a man's heart without compromising her own quality of life.

Rebirth on the Doors to the Civil Affairs Bureau – C

"Then why don't I marry you!" Yu Dong suddenly proposed.

"You…" Xia Feng thought he had misheard.

"You see, you're looking for someone to marry to ease your mother's heart, and I also want to get married. We're right in front of the doors to the Civil Affairs Bureau, and with all our papers too!" Yu Dong exclaimed while holding up her red household book.

"And the most important thing is that we just broke up with our exes. This is fate, ah!"

Right up until they left the Civil Affairs Bureau again, holding a newly registered red book, Xia Feng remained dazed still wondering, how did he end up getting married?

Did he just pick up a wife at the doors to the Civil Affairs Bureau?

What Xia Feng doesn't know is that Yu Dong traveled back in time from 10 years in the future.

Now, having a second chance in life and able to secure a good husband, Yu Dong will live her life at full throttle and without regrets.

This novel is hilarious. The MC also has an interesting job as a radio host who gives people advice.

There once was a very popular question on the internet:

If one morning, you woke up and realized that your gender had changed, what would be your first reaction?

And someone on the internet had famously responded:

First, give your bros a good time!

Su Jian remembered that when he saw this reply, he had slapped the table to express his admiration. What a good bro! Such loyalty!

But now that he actually encountered this strange situation himself, he could only feel an extremely ball-breaking alarm, shocked grief, and frightened anger. F**k your mom! Ah, f**k! F**k it!

Oh, a correction. The above is grammatically incorrect. After all, poor Classmate Su Jian doesn't have balls anymore.

Super funny. The only gender bender novel that I finish. MC still acts like a guy even though he's a girl now 😂

Ascending, Do Not Disturb – C

You think too much, cultivation is not like this…

When Kong Hou stepped on the path to cultivation, she learned that all xianxia stories are full of lies.

*Kong Hou: a traditional musical instrument like a harp. Also the protagonist's name.

The beginning is so interesting. The MC is the nice and optimistic type, but still knows when to make her stance. She's favored but not spoiled. Her interactions with the ML is so fluffy. Expect to get some cavities while reading this. 🙂

What is it that makes a man fall in love with a woman at first sight? Appearance? Aura? Wealth? NO, when campus prince and gaming expert, student Xiao Nai first saw Bei Wei Wei, what made him fall in love was not her extraordinary beauty; but her slim and slender fingers that were flying across the keyboard and her calm and composed manner! Embarrassing, no?

At the same time, gaming expert Bei Wei Wei was on the computer methodically commanding a guild war and won a perfect and glorious victory despite being at a disadvantage; completely unaware of the fact that cupid is nearby.

Love the MMORPG elements. This novel is so popular that it has its own drama called Love O2O.