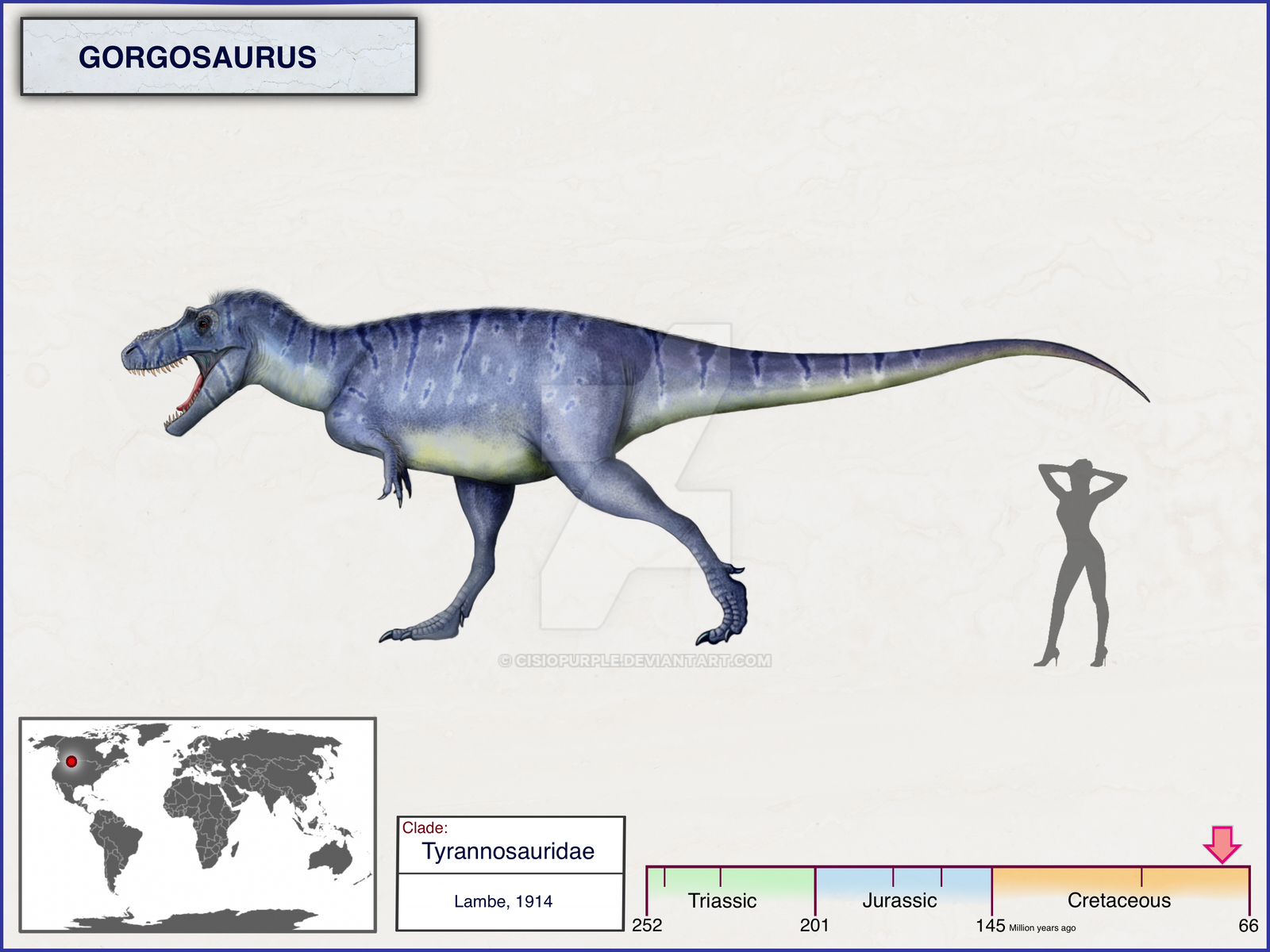 Gulu secretly vowed in his heart that he must grow into the strongest and fiercest Triceratops. Even if all dinosaurs in the continent of Yukan united to resist Mungo because of his cruelty and bloodlust, he would fight with Mungo to kill them!

Then Gulu told Mungo about all of today's adventures: "Mungo, Mungo, I'm telling you ah. I met a lovely baby dinosaur today …"

Mungo silently added a "serious mistake" for Gulu to be beaten in his heart. Pliosaur was a very horrible sea carnivorous dinosaur. Even its cub was very cruel. What if that cub hurt Gulu?

After Gulu finished speaking, Mungo was very angry, but he still controlled himself: "Gulu, you must remember that you are a Triceratops. You eat ferns. Any meat-eating dinosaur is too dangerous for you. You aren't allowed to touch those carnivorous dinosaurs or their cubs …"

Although Gulu knew that Mungo would be angry if he told him about it, he couldn't help but wanted to tell Mungo about everything he encountered as long as it wasn't particularly too dangerous.

The two were casually chatting like this when Gulu unconsciously fell asleep.

Once they arrived at the nest, Gulu had already fallen asleep. Gaya took Gulu off Mungo's head and put him back to sleep in the nest.

Guji and Gudong were still energetic, but they knew that their brother must be very tired today and needed a good sleep. So, they no longer fought but lied down obediently to watch their brother fixedly.

Mungo also laid next to the nest and placed his big head against Gulu. Gulu would rub his horns on Mungo's head from time to time.

During this period of time, Gulu's horns grew tremendously. He wanted to grind them anytime and anywhere during day and night. He often grinded his horns on the ground, against the trees, along the walls of the nests and all-over other dinosaurs around him …

The next morning, Gulu woke up. He first ate a lot of ferns and leaves to fill his stomach then "slept" again, returning his consciousness to the human body.

Gulu woke up to find two pterosaurs flapping their wingspans lightly not far from his human body. Nassau must have told them to do this to prevent his human body from being bitten by mosquitoes.

Mosquitoes in Cretaceous period were very severe. They could even bite through the thick hides of dinosaurs. When humans were bitten, their skin would swell up and become inflamed. One needed to squeeze out the blood congestion inside to heal.

His human body managed to sleep in this kind of environment all night without any sign of mosquito bites. It must be due to these pterosaurs fanning him to drive away mosquitoes.

Nassau was really a careful and wonderful leader.

The first thing Gulu did after waking up was to check the wing bones of Nassau again. He then let Cassie carry him to collect anti-inflammatory and analgesic leaves and ferns, chewed them up and re-applied them to Nassau's claws.

Cassie seemed a bit worried today. Gulu could feel it. When taking him out to pick ferns, Cassie would look towards the cliff where his ethnic group inhabited from time to time.

Gulu speculated that something must have happened in the ethnic group. It might even be a major event with detrimental consequences to the group. But now Nassau was unable to go back to deal with it because of his injuries. Cassie didn't want to worry Nassau and hid it.

So Gulu lied that he wanted to look around the island and let Cassie carry him out. Cassie certainly wouldn't hesitate to agree, even though he remained absent-minded.

After flying for some distance, Gulu spoke, "Cassie, I suddenly want to go back to the ethnic group to see. You can take me back."

Now Nassau wasn't the only one who could understand Gulu's messy dinosaur language. Cassie also got most of it.

Cassie paused and asked, "Go back to Mungo's ethnic group?"

Gulu: "Of course not. I want to see the pterosaur's group. I'm your second leader. Nassau sealed my position and even held a ceremony to recognize me as the leader. You can't deny it."

Cassie: "It's the same. There's nothing new that you haven't seen before."

Gulu: "I'm telling you to go back. You need to go back. Cassie, you're getting bolder and bolder. You no longer listen to me as your leader?!"

Cassie wasn't a human being. He only instinctively didn't want to go back with Gulu for fear of danger. Since he often followed Gulu, he had deep feelings for him.

However, Gulu was really too smart. Human beings were also very familiar with rhetoric. Under repeated persuasions and pressures from Gulu, Cassie spilled out everything in one whole sentence: "Our ethnic group is under siege, but you are so weak that it's useless to go back."

According to Cassie's description, Gulu found out that Nassau was too arrogant before. Now his group was besieged by another Quetzalcoatlus group, a Gorgosaurus group and a Kronosaurus group. Nassau's pterosaurs were jointly besieged by air, land and sea! It may really be completely destroyed!

Gulu: "Hello! How can you still take people sightseeing? Quick, take me back now! This is an order!"

Cassie: "I won't take you there. You'll get killed."

Gulu: "You can take me to look from a distance. I just want to take a look. Maybe I can do something about it, right? …"

Under Gulu's persuasion and the serious threat that he would jump into the sea if Cassie refused to take him there, Cassie finally caved in and promised to take him to look, but only from a distance.

Cassie flew very fast and soon arrived at a position where he could see the scene of the "century war". Cassie stopped at a distance and landed on a huge rock protruding from a cliff.

From here, Gulu could see the situation clearly, but the opposing pterosaurs on the other side couldn't see them or bring any danger to Gulu.

Nassau robbed the cave from Ned's group via brutal killing. Now Nassau was injured and disappeared. Many dinosaurs outside even claimed that he already died in that terrible tsunami.

Ned became very impatient to take back his own huge and luxurious cave.

Gulu found out that Ned's Quetzalcoatluses had blocked both cave openings and frantically attacked Nassau's pterosaurs to drive them to the ground and the sea.

On the ground was a group of Gorgosaurus numbering about several hundreds. They filled up the entire coast.

Gorgosaurus, also known as dreadful lizard or gorgonian dinosaur, belonged to the family of Tyrannosaurid. It's 8-9 meters long and weighed 2-4 tons. It's a very terrible terrestrial carnivore.

Nassau used to snatch prey from these Gorgosaurus. He also often took swarms of pterosaurs to kill them and brought their meat back to eat.

Even though Gulu and Nassau didn't spend much time together, he always saw Nassau or his ethnic group eating Gorgosaurus. No wonder.

Kronosaurus weren't food for pterosaurs. They were too big and very cruel. A single pterosaur couldn't carry one off or beat it in a fight. Gulu didn't know how Nassau offended these Kronosaurus.

However, he speculated that with Nassau being so brutal, he probably took many pterosaurs to attack them. Kronosaurs was a kind of dinosaur that bore grudges and was very difficult to handle. According to Nassau's character, since he wasn't afraid of any dinosaur, he certainly wouldn't fear these Kronosaurus.

Kronosaurus was a huge marine reptile that didn't belong to any classification. It was about 9 meters long and had four wide fins.

(T/N: 长喙龙vs长头龙 Baidu says they both translate to Kronosaurus. The first belongs to the family of pliosaur while the second doesn't belong to any marine family according to the author. I honestly can't tell the difference. Even their descriptions sounds the same to me…so I'm just going to keep both as Kronosaurus for now)

The most terrible thing about Kronosaurus was that it had a very strong jaw and a huge head. Its longest skull was 2.8 meters, which was bigger than the head of Tyrannosaurus rex. Kronosaurus also had long-pointed snout and a mouth full of sharp teeth. It's regarded as the intermediate overlord of the sea.

Gulu simply didn't understand how these three unrelated parties of land, sea and air, had discussed it. They all attacked Nassau's ethnic group on the same day!

After Cassie's explanation, Gulu realized that only Ned's group intentionally attacked to take back the cave. A group of Gorgosaurus was hunting by the beach. When they saw Nassau's Quetzalcoatlus being attacked, many more of them gathered and also attacked.

Facing the combined force from air and land, Nassau's pterosaurs wanted to hide in the sea for a while. As the result, Kronosaurus came out to attack them too.

This was a very vivid "reaping what you sowed" lesson for Nassau's ethnic group!

Nassau was really too "evil" at ordinary times. It's not strange that he would face counterattacks the moment he was in trouble.

Gulu saw that Ned's pterosaurs were solely responsible for driving Nassau's pterosaurs to places where those Gorgosaurus and Kronosaurus could reach. The cooperation between the three parties was perfect.

Gorgosaurus could bite off their wing bones with one bite, not to mention the stronger biting force from the Kronosaurus. They could bite off two or three pterosaurs at a time with no problem.

Soon, the sea was red with the blood of Nassau's ethnic group. The coastline was also covered in their blood.

According to this trend, it wouldn't take long for Nassau's ethnic group to be destroyed!

He quickly analyzed the situation. In fact, Nassau's pterosaurs were generally stronger than those of Ned's. They shouldn't have lost so badly.

The most important reason was that there was "no commander among these dinosaurs". There was no one to give them directions on how to resist the attacks. In addition, they were confronted with such a severe besiegement from three sides – sea, land and air that they were thrown into confusion.

Furthermore, Ned was a very powerful leader. With Ned in command, they had already achieved twice the result with half the effort.

Gulu called out to Cassie, "Take me there, I know how to win!"

Cassie: "No way! It's too dangerous!"

Gulu: "Cassie, believe in yourself. You are stronger than Ned. If you don't follow Nassau, you can certainly become the best pterosaur leader. You can protect me! You don't need to do anything else. You just need to protect me. I will command them!"

Cassie shook his head and refused, "No!"

Gulu shouted, "My IQ can crush all of you dinosaurs! I can win!"

Gulu continued shouting: "Do you want to watch all pterosaurs in your group die?! Do you want Nassau to see all of you annihilated in this genocide after he healed? Take me there!"