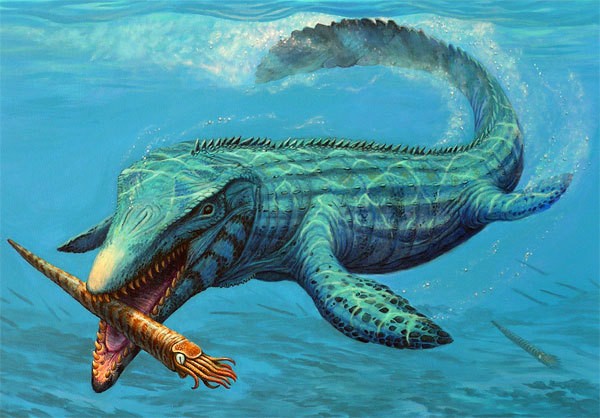 Cassie and Nada thought that this giant sea monster was going to eat Gulu. They immediately reached a tacit understanding. Nada flew to the front of the monster to attract its attention while Cassie went to rescue Gulu.

In fact, Gulu also thought that the monster wanted to eat him. After all, he didn't know any sea creatures. This monster had no reason to save him. It hadn't eaten him yet, probably because it couldn't. After all, he's still lying on its back!

Gulu never knew that Nada could be so brave. He dared to fly right in front of this huge monster. In order to secure Gulu's safety, Nada didn't even want his own life!

Nada really wanted to eat Gulu in the beginning. Even though Nassau made Gulu the second leader, Nada took advantage of his position as Nassau's blood brother and paid no attention to following Gulu's orders.

Gulu never thought that Nada would give up his life for him now.

Cassie soon fell on the monster's back and shouted to Gulu, "Come on up!"

Gulu quickly mounted Cassie's back, but at this moment a little monster swam up from behind the giant monster's tail and shouted, "Little big brother! Brother! It's me! I'm Shenshen! Big brother, don't be afraid. My Dad is here to help you …"

Cassie was about to take off when Gulu saw Shenshen. He patted Cassie's neck to stop him and said, "Don't worry. I want to thank Shenshen's Dad."

Then Gulu came down and returned to the back of the giant Pliosaurus funkei.

Gulu was truly surprised. Just before, there were so many sharks and carnivores in the water. He should have been instantly torn to pieces or swallowed up in one bite when he fell into the water. However, he didn't even get attacked and wasn't injured at all. This was simply unscientific.

Now, it turned out this was due to Shenshen's Dad. With the protection of such a big Boss, other small dregs in the sea dared not eat him. They didn't even dare to touch him.

Gulu really thought that he was going to be eaten right after entering the deep water, so he didn't expect such a relationship at all. His personal connections had actually spread to the sea!

Nada was still constantly attracting the attention of the giant dinosaur. He didn't believe that these monsters of the sea would help them.

Gulu shouted, "Nada, Nada, this is my friend. Don't be afraid. He won't hurt me."

Nada couldn't understand Gulu's dinosaur language very well. He also didn't believe that a sea dinosaur and a land dinosaur could be friends. So, he just thought that he heard his words wrong.

Cassie uttered several screams. Nada definitely understood this time, but he still didn't buy it. He didn't trust Gulu to be here by himself. Even if Nada feared this sea dinosaur, he still landed on its back beside Gulu.

Gulu asked Cassie to explain in detail to Nada about how they saved the cub of this Pliosaurus funkei before. Nada finally believed it, but he still didn't leave and silently guarded Gulu.

Soon, Shenshen swam to Gulu's side. He gently rubbed Gulu's thigh with his soft Q-bomb head. Gulu couldn't help patting him with his hand. It's so soft and elastic. Oh my God, patting his head was just like touching QQ candy. It couldn't be better.

Due to the arrival of this giant sea dinosaur, all marine predators that had gathered around had scattered and fled. Despite the strong blood smell and abundant food that madly attracted them before, they might become food instead if they remained here. Of course, it's more important to save their lives first.

Shenshen: "Brother, isn't my Dad super strong? They're all afraid of my Dad."

Gulu wildly nodded while thinking to himself: This is such a powerful giant dinosaur! It's really a Boss! A Boss of the whole Sada Sea!

(T/N: literal translation is Father, which also means Boss in this context)

At this time, the Pliosaur Dad began to swim to a nearby area. The smell of blood here was too heavy and attracted more and more large marine predators. Although they didn't dare to approach because of the Pliosaur Dad, they still coveted them from a distance, making their current place unsuitable for holding conversations.

On the back of a huge Pliosaurus funkei sat a human being, with two pterosaurs standing and a young Pliosaurus funkei lying prone. This kind of picture was really astonishing. All big fishes and dinosaurs in this sea area stared at them regardless of danger.

Gulu studied this Pliosaurus funkei Dad. According to visual inspection, his whole-body length was at least 25 meters. The average Pliosaurus funkei was at most 10 meters long! It's absolutely impossible to exceed 20 meters! This fearful figure must weigh hundreds of tons!

The size of this dinosaur was even bigger than that of many Mosasaurus!

Terrifying creatures of the sea varied greatly in their individuality. Generally speaking, Mosasaurus was bigger than Pliosaurus funkei. However, it couldn't be ruled out that such an extremely large Pliosaurus funkei existed.

The three top overlords of the ocean on this planet were Mosasaurus, Pliosaurus funkei and Liopleurodon. Their appearances were really similar. They all had four large paddle-like limbs, a very large head, scary fangs in their mouths, and a bite force of at least 25 tons. They also fed on sharks.

Pliosaurus funkei and Liopleurodon belonged to the family of pliosaur and were the two largest species of their family. Mosasaurus was generally larger than pliosaurs, but there was always exception.

Gulu knew that a Pliosaur funkei that could grow into such a big size must be hundreds of years old!

Dinosaurs were not like human beings. They continued to grow throughout their lives and didn't stop at a certain age. Therefore, the older the dinosaur, the bigger its size and the more it would eat.

This kind of dinosaur was very big and had lived for a long time. However, the infant mortality rate of its species was very high. It's also extremely difficult to find the other half to give birth to its young. Nature had achieved a perfect balance to prevent a certain powerful creature from multiplying too much.

The typical example of a large terrestrial Saurischian dinosaur was Diplodocus. A nest of 100 eggs may be destroyed before hatching. Even if hatched, one or two would survive at most, with the infant mortality rate as high as 90%.

However, Pliosaur funkei, as a very large marine overlord, lived alone. An adult Pliosaur funkei needed millions of square kilometers as its territory to hunt.

Therefore, Gulu wasn't surprised at all to see that the Pliosaur Dad was over 100 years old, but his cub was less than one year old.

Even if this pliosaur lived for 200 years, it was still in its prime. Dinosaurs were not like human beings. In order to survive, the prime life of dinosaurs was very long. Old age came very suddenly. The transition between their prime period and old age took place in just a year or two. Of course, there're not many dinosaurs that could die naturally of old age. Most of them were eaten by other dinosaurs before they were old.

According to pliosaur standard, Shenshen's Dad could be regarded as having "early marriage and early birth". Many pliosaur couldn't even find a female to breed in their whole life and had to stay single until death.

Shenshen was less than a year old. Pliosaurus funkei belonged to viviparous category. Pliosaurus funkei cubs also needed to nurse until they're three to five years old. They would starve to death with no milk. Shenshen's Mom should also be around here somewhere.