BAD Chapter 55: Dada River is getting too fat, flood is coming! (1) 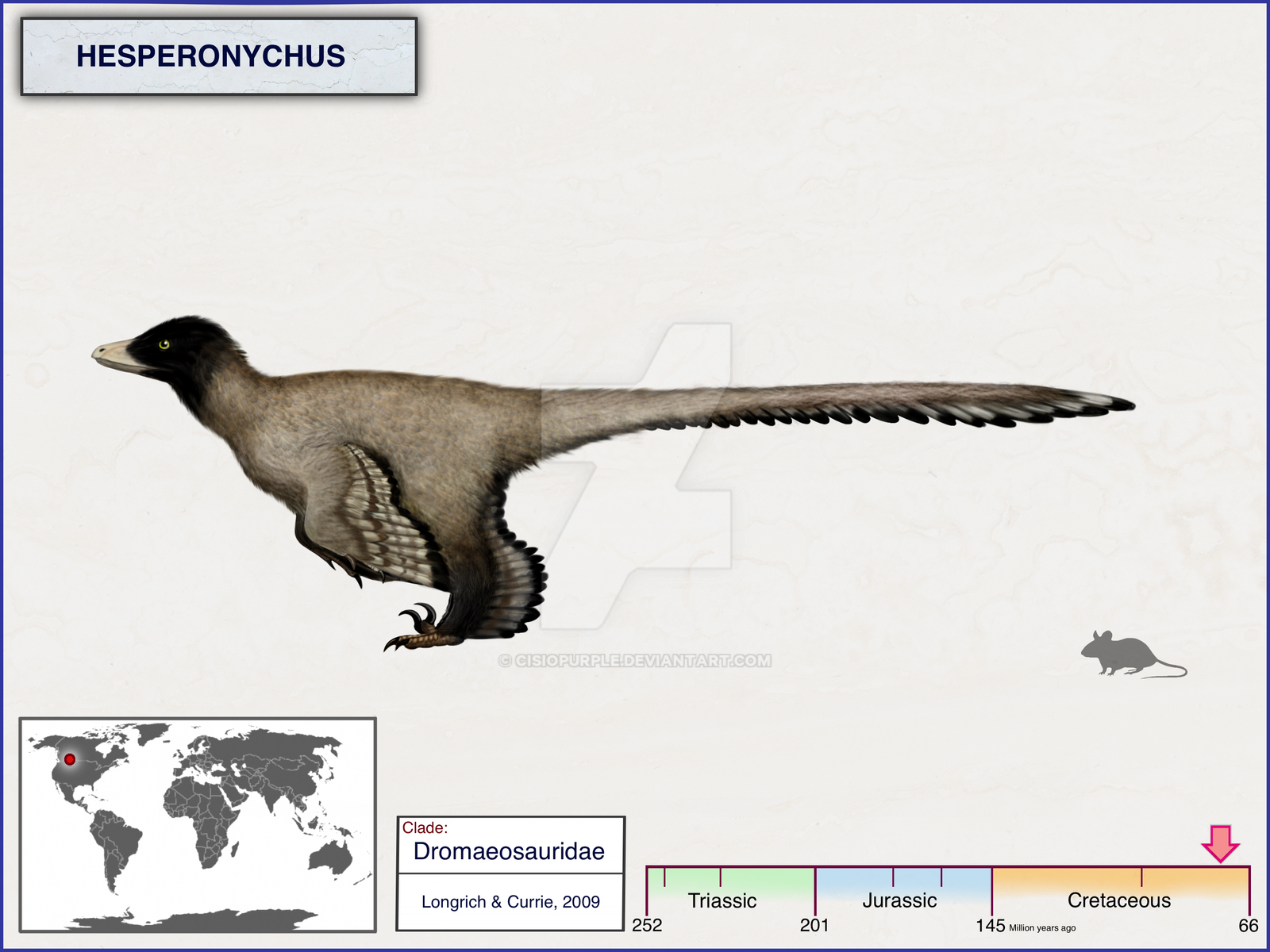 Gulu looked at the dying cub of Hongdun. The cub climbed to the front of Hongdun with difficulty.

The cub rubbed against the stout forelimbs of Hongdun and said: "Dad, I'm sorry. It's all because I wasn't obedient. I shouldn't run around and play. Dad, you said that I'm your favorite cub. Do you still like me?"

Gulu remembered that this little Triceratops was very powerful at that time. He took many Triceratops cubs and beat Myer on the ground. He's simply a "big bully".

Hongdun looked at his son.

This was indeed his favorite cub. He was his first cub called Dunyi. Being a Dad for the first time was always the most special. Later he gave birth to many cubs, but his favorite was still Dunyi.

Dunyi wasn't just his first cub. He's the most similar to him among all of his cubs.

Hongdun was domineering and ruthless, but it's also because of his cruelty that this weak ethnic group could move from the most barren "flower valley" to this most abundant valley and became neighbor with the most powerful Triceratops ethnic group in Yukan.

Since Dunyi inherited all advantages of Hongdun, he acted like a "little overlord" at an early age. He's very bossy and domineering. He must make all small Triceratopses in the ethnic group listen to him and beat those who didn't obey.

Before, Dunyi felt that many small Triceratopses in the group listened more to Myer's words. He was very dissatisfied with Myer and often beat him.

He didn't expect his "bullying" of Myer to kill him, but he didn't regret it. He just thought that Myer was extremely bad. He always courted the Triceratopses in the group. He just didn't like Myer and wanted to bully him!

Dunyi was like a mindless "bully". He only knew how to bully Triceratops cubs that he didn't like, but he never thought that the bullied cubs would retaliate against him one day.

Of course, Hongdun was also regretful now. He killed his favorite cub.

Dunyi looked up at Hongdun: "Dad, I really didn't attract the Tyrannosaurus rex. Myer is a bad dinosaur. He lied to you…Dad, I don't want to play anymore. I won't run around anymore. I will listen to you later. You can't be angry, okay…"

Hongdun only looked at the little cub and didn't respond.

Dunyi's voice became smaller and smaller: "Dad, I'm so tired. I really want to sleep. But I want to hear you say that your favorite is me. Can you say yes? Can you? I will definitely have a very good dream…"

At some point, the cub closed his eyes forever.

Hongdun lowered his head and gently rubbed the cub's body and said, "Sleep, you will always be Dad's favorite cub."

Gulu didn't know if the cub heard the last words of Hongdun. He believed that he must have heard them.

Hongdun gave out loud roars. Even the unrelated carnivorous dinosaurs nearby could hear unspeakable grief from these roars.

Gulu had no idea that Hongdun was so fond of this little brat. He may really be Hongdun's favorite son.

Powerful male Triceratopses would have a lot of cubs. Some Triceratops leaders who had a lot of offspring didn't even know how many cubs they had or how many had died. They didn't care at all.

Gulu knew that Hongdun seemed to have more than a dozen cubs. He thought that the reason why Hongdun wouldn't hesitate to hit the cub was that he certainly didn't like the cub, or that he had too many sons. It didn't matter to kill one. To kill one cub would appease the ethnic group. In the eyes of Hongdun, it must be quite a good tradeoff.

However, Gulu never expected that this was Hongdun's favorite son. Yet, he could still do it. What a cruel heart.

From a human point of view, it's certainly impossible to understand Hongdun. But according to Triceratops way, Hongdun did the right thing. Pado was the strange one.

For Triceratops, the safety of the group ranked above all else. Triceratops that caused great losses to the group must be killed. The leader's son was no exception. If Hongdun protected his cub, the group would overthrow his leadership and elect another leader.

It's a pity that Hongdun wasn't Pado. He put the interests of the ethnic group above everything else. He also thought that Dunyi attracted the Tyrannosaurus rex, so he didn't hesitate to take a cruel hand. Of course, he felt very regretful now.

Even if Hongdun believed his son, in order to appease the ethnic group, he must kill Dunyi. If he didn't make the moves, Dunyi would be trampled to death, which was more painful. In Hongdun's view, his personally killing of Dunyi was "love".

Hongdun wasn't Pado. He's not as big as Pado, nor as powerful as him. He's not "invincible". He dared not provoke the whole ethnic group. If the ethnic group was determined to overthrow his rule, he couldn't defeat so many Triceratopses.

Pado had the ability to defend his son against all odds. Hongdun had no such "rebellious" ability to survive after violating Triceratops' survival rules.

Triceratops was not clever and stuck to the principle of survival. They regarded the "survival rule" that had kept the ethnic group alive for thousands of years as more important than anything else. They couldn't tolerate any Triceratops that violated the rule.

Just like when Hongdun's group believed that Dunyi attracted the Tyrannosaurus rex. They would trample him to death, even if he's the leader's son. This was the Triceratops' survival rule. They believed that the group would perish if they violated this rule.

For example, Pado took Gulu, who grew up in Tyrannosaurus Rex's group, back to the Triceratops. Other Triceratopses felt incredulous. They thought that even if Pado was more powerful, all Triceratopses in his group shouldn't agree!

Hongdun looked angrily at Myer. Myer quickly hid behind Pado and begged, "Pado, please help me. Let me join your group. Hongdun will kill me."

Gulu slipped down Pado's back. He wanted to see how good this Myer was.

Indeed, Myer called out to Gulu, "Gulu, please forgive me. It's all my fault that day."

Gulu turned toward Pado. He wanted to see what Pado would do.

Pado: "Myer, let me ask you. Did those Tyrannosaurus rex that attacked Hongdun's group really came because of that little Triceratops? How did you know?"

Myer gazed at Pado with sincerity and answered: "I saw it with my own eyes. As soon as Dunyi sneaked out to play, he met a group of little dinosaurs. Those little dinosaurs wanted to eat him. He told them that Hongdun wasn't in the group this morning, so they didn't eat him…"

Gulu knew that Myer's little dinosaurs were "Hesperonychus", a dinosaur less than one meter high and weighed only 4 Jin. It's the smallest dinosaur ever found.

Although small, Hesperonychus were extremely ferocious and acted collectively. Hesperonychus could also be said to be the mini version of "Velociraptor" with extremely strong bite force. It mainly ate insects, mammals, amphibians, dinosaur cubs and leftovers from Tyrannosaurus Rex.

Some weaker adult or adolescent Tyrannosaurus rex's groups would reach a "cooperation agreement" with this carnivorous "little dinosaur" to help each other.

Gulu thought to himself, "Myer is really smart, terribly smart."

Pado didn't know why. Even if Myer's words sounded credible, he still believed that Dunyi was wronged, probably because Dunyi's experience today was too similar to Gulu's. Pado was a bit "love me, love my dog." (T/N: in this context, it means 'love someone and naturally love their similarities in others')

Before, when Dunyi was hit by Hongdun and flew out, Pado looked at him with heartache, as if Dunyi had become Gulu. He thought that if he was Hongdun and had no ability to protect his son, he still wouldn't let any Triceratops hurt Gulu even if he died!

That passage just now, Myer had been practicing it for a long time. He had long wanted to kill Dunyi. Who let Dunyi bully him? However, he had not yet found a chance to enter Pado's ethnic group. He's afraid to do so.

This morning, he found an opportunity, a once-in-a-lifetime opportunity. He knew that he would soon be accepted by Pado's ethnic group. Therefore, before he went to Pado, he spread rumors and framed Dunyi. He wanted Dunyi to die.

Pado: "You little brat, you are too smart. Triceratopses of my group are all stupid. I can't accept you."

← BAD Chapter 54: Gulu's fierce side finally leaks out ah! ← BAD Chapter 55: Dada River is getting too fat, flood is coming! (2)
%d bloggers like this: