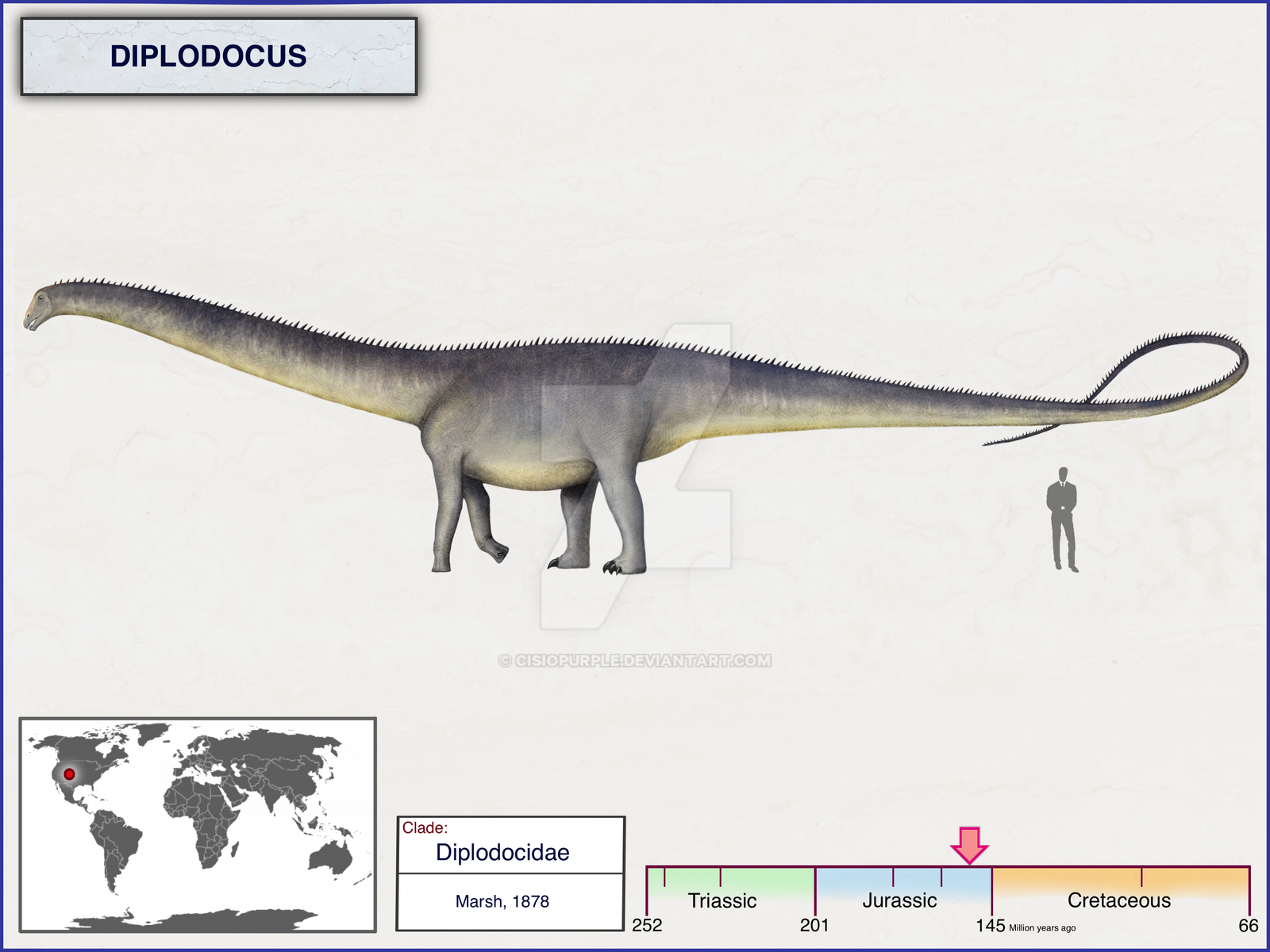 Recently, Pado heard other dinosaurs say that Gulu was picked up by Mungo from the Dada River. One of Pado's cubs was also lost there as an egg.

Many dinosaurs saw Mungo took an egg back from there. Large dinosaurs' eggs looked similar in appearance. It's impossible to judge whether he brought back a Triceratops egg or a Tyrannosaurus rex egg.

However, even if Gulu was found by Mungo from the Dada River, it couldn't prove that he's Pado's lost cub. There're so many Triceratopses passing through the Dada River every day. It's normal to lose a few eggs in the river. !! You are reading stolen text, if you read this at any other site besides idleturtle-translations.com. !!

Pado didn't know why he wanted to see Gulu, but he had to. He couldn't help it.

Gulu was looking at Mungo. He thought Mungo was the best Dad in the world!

Mungo began to train Gulu: "Now hit me with your greatest strength. Don't stop until I tell you to."

Gulu, eager to try, stepped back to a few meters away then accelerated and rushed up. He slammed into Mungo's thick hind legs, making a loud bang sound. Gulu's butts landed on the ground, with his head buzzing and stars in his eyes. His butts felt like they just broke into eight pieces …

Mungo: "Stand up and continue."

Gulu stood up again and continued to bump, but this time he didn't use that much strength.

Mungo growled in a low voice, "Use all your strength! This doesn't count. Start over."

Gulu had to hit Mungo's leg with all his strength every time. He got very dizzy. His buttocks were also swollen.

Until Gulu felt that he's going to have a concussion, there still weren't any marks on Mungo's thick hind legs.

Mungo finally halted when it got dark, "let's call it a day."

Gulu dropped to the ground with a sigh of relief. He's so tired that he wanted to lay here forever.

Mungo: "You fought with Guji and Gudong today. I have to punish you because you used bites. I'll only hit you once. Next time, I will hit you three times."

Gulu didn't expect to be beaten again. He cried and protested, kicking his four short legs. "But ~ but you didn't tell me this before. I didn't know then. I won't bite anymore. Can you not hit?"

Gulu: Why did I call him the best Dad! Wrong! Wrong! He's an unreasonable tyrant!

Because Gulu was already lying on the ground, Mungo wacked his butts with the tip of his tail before Gulu could react.

With a bang, Gulu jumped up in pain. His butts were already swollen from the falls. Now they're even more painful and burning!

In fact, although the sound was loud, Mungo didn't exert much force at all. A Tyrannosaurus rex's tail was very destructive. If Mungo really exerted himself, Gulu could be knocked out at once.

Gulu burst into injustice. Mungo always threatened to spank him before, but he never did. This time he really hit him, but Mungo didn't tell him not to bite before …

Mungo also knew that Gulu was beaten a little unjustly. However, if he wasn't strict with Gulu, Gulu may not survive later. Gulu didn't live with Triceratopses, which was his greatest disadvantage.

Gulu felt very wronged. He cried and hit Mungo with his head: "Tyrant! Tyrant! You are a big bad dinosaur! wu wu …"

Mungo, who was hit by him, lowered his head to gently lick Gulu's swollen butts in comfort.

Mungo: Why did the little brat start talking so much nonsense … Did he turn stupid?

Gulu lost his temper then calmed down for a while before he realized: My human age was over 20 years old. What was I doing just now? Acting just like a little brat …

Pado had been watching. He didn't expect that a Tyrannosaurus rex could really raise a Triceratops cub so well, even knowing to train Gulu to fight like a Triceratops.

Since then, Mungo would bring Gulu to the riverside for training every day. Because Mungo was extremely strict during training, Gulu often got angry with him afterward.

Mungo liked to see Gulu lose his temper. Young cubs should behave foolishly. Only unloved cubs acted especially clever to please their big dinosaurs. He didn't want Gulu to behave like this.

The training finished early on this day. Gulu and Mungo didn't go back to their nest immediately. Instead, they laid down under the Alsophila tree by the river to rest and enjoy the moist and cool river wind.

Not long after, Gulu noticed Ulam and a particularly robust adult Tyrannosaurus rex dragging a newly dead Triceratops to a halt on the shore directly opposite from them.

Then Ulam ate with the male Tyrannosaurus rex!

Gulu was very excited. This proved that they would soon mate after eating!

Gulu thought Ulam might have come here on purpose to show Mungo. Clearly they were here before the other two dragged the Triceratops to eat.

Mungo knew that Gulu wanted to see the mating. He himself didn't care. But, of course, he must accompany Gulu.

However, Gulu was very concerned about Mungo. He spoke, "Mungo, we should go back."

Ulam and the male Tyrannosaurus rex rested next to the remains of the Triceratops. The most delicious parts of Triceratops's legs and back were basically eaten by more than half.

To be honest, Gulu looked at the Triceratops and felt painful. It's his own kind after all, leading him to easily empathize. He felt as if his own legs and back had been bitten.

Mungo: "See, if you can't protect yourself, you will be eaten just like that Triceratops."

Gulu swallowed his saliva and said with bravado: "Humph, I won't. I can certainly protect myself. I will also become the king of Triceratops like Pado!"

At this moment Ulam gave a loud roar. Gulu felt Ulam was saying: "Gulu, sooner or later I want you to be my "bride price"!

Soon Ulam and the male began rubbing on each other. Gulu's eyes stared straight. It turned out that Tyrannosaurus rex also had foreplay and it's very delicate.

To be honest, this male was really big. According to Gulu visual estimation, he should be more than one meter long.

The roars of the two Tyrannosaurus rex were horrible and could be said to be deafening. They frightened all nearby small dinosaurs into scattering and fleeing.

Gulu was also scared by the roars from the other side and hid under Mungo's chest from time to time. Fortunately, Mungo had given Gulu several berries before. When he's afraid, he hid under Mungo to eat these berries.

Gulu: "Mungo, they are so terrible. Their roars are so horrifying. I can feel the ground shaking. They won't come and eat me, will they? Mungo, wu wu …"

Gulu saw that the river was trembling violently because of the strong vibration on the other side. Crowds of king crocodiles in the river were gone, probably scared to swim elsewhere.

As night fell, the other side gradually stopped. They were probably tired too and slept together next to the half-eaten Triceratops.

In the following three days, Ulam and the male Tyrannosaurus rex woke up and ate. After eating, they continued to mate and sleep until they finished eating the Triceratops.

Gulu and Mungo watched it all the way. Gulu was very scientific. Even if he felt afraid, he must persist in studying the whole process!

On the evening of the third day, after the Triceratops was gone, Ulam started to expel the male Tyrannosaurus rex, even using violence.

Gulu didn't understand. He asked, "Why did Ulam drive away this male? She will lay her eggs soon. She needs the male Tyrannosaurus rex to hunt for her!"

Gulu with a full face of shock: "Even so, it's too brutal! They just finished the Triceratops and she chased him off?! It's only been three days. They were still there just now … Is it true that she doesn't recognize her partner after pulling up her pants? Love rat female dinosaur …" (T/N: haha Gulu is basically calling Ulam a scumbag)

Mungo roughly understood Gulu's meaning: "Female Tyrannosaurus rex will only let the male stay if she's satisfied. It's normal to drive him away if she's not."

Gulu: Does this mean that Ulam wasn't satisfied with this male Tyrannosaurus rex?! But he's already very big.

Mungo: "Besides, the Triceratops has all been eaten. She didn't drive him away ahead of time. It's already good."

Gulu was shattered by the animal world's three views: So, they won't do it again after eating?! There's no more spicy food, get out of here?! What a real dinosaur! Ruthless, use up then drive away …

The male Tyrannosaurus rex didn't pester her and sensibly left.

Gulu looked at the lonely figure of the male Tyrannosaurus rex leaving, then at Ulam's indifferent and entitled expression.

Gulu: "Please allow me to present Ms. Ulam with the Best Love Rat Dinosaur Medal in the name of the Honorary President of the Organizing Committee of the First Tyrannosaurus rex Selection Competition in Yukan Mainland …"

Mungo: "What disorderly words are you saying …"

Ulam let out a roar. Against the backdrop of blood-colored setting sun, she looked magnificent.

At this moment, Gulu thought Ulam was really too domineering. A king no doubt!

Mungo and Gulu were preparing to walk back when Gulu heard the sound of "pa pa pa" not far away, much like the sound of whipping.

Driven by curiosity, he searched for the noise with Mungo following behind.

The Diplodocus's tail had about 50 small coccygeal vertebrae, which rattled when waving. According to research, it's peculiar tail was most likely used for courtship, but more detailed information on the actual usage hadn't been confirmed.

Gulu was stunned. It's originally used in this way. Wasn't it too exciting?! Diplodocuses actually mixed in the letter circle?! (T/N: letter circle = SM or sadism/masochism)

Gulu: How is it possible to go back! I have to watch the follow-up!

Translator Notes: Wow, I really read too many Chinese novels. I can't believe that I know so many cultural references!

I found out that I should have made these chapters as posts rather than pages. Now that I did, links on NU should go up around the same time as the website.

On another note, we are getting some smut here! dinosaur-style! Of course, you'll have to use your imagination for most of it.

And Yes! This is shounen-ai! There will be gay dinosaurs later on!

← BAD Chapter 18: Teaching your own prey how to defeat yourself ← BAD Chapter 20: Gulu – I heard that I'm pitiful
%d bloggers like this: