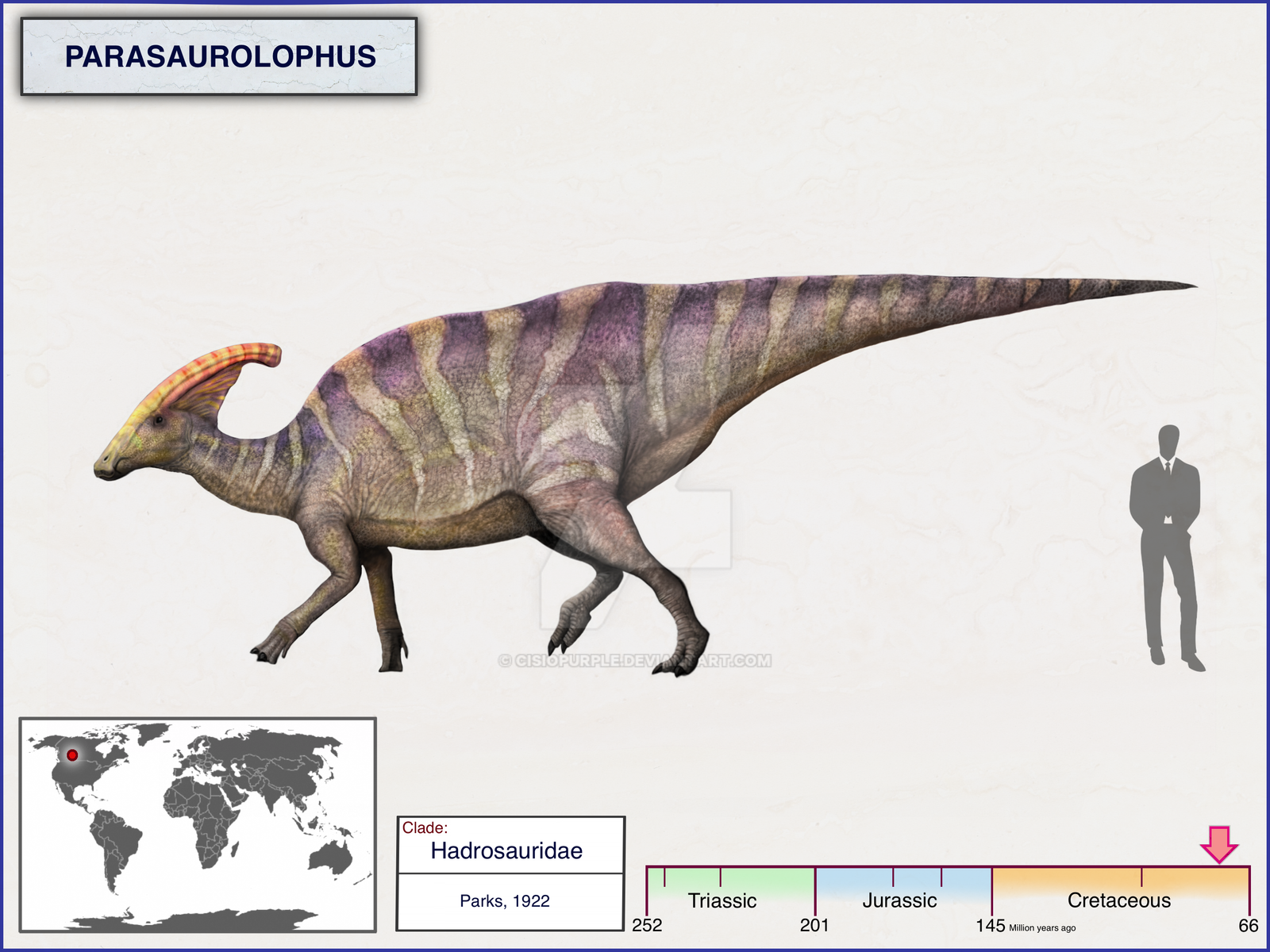 Mungo probably knew how Pado discovered Gulu was his cub. He was seen by so many dinosaurs when he picked up Gulu, who was still an egg, from the river. The day he picked up Gulu also coincided with the day Pado lost his cub.

As long as it's proven that Gulu was really picked up from the Dada River, Pado would never give up.

Mungo was not willing to give Gulu back to Pado. Of course, he had selfish motives. But he's also reluctant to give up Gulu because he wanted to protect him. !! You are reading stolen text, if you read this at any other site besides idleturtle-translations.com. !!

He's afraid that when Gulu went to Pado's group, he would be bullied by other Triceratopses, retaliated by them and even killed. Pado couldn't protect Gulu all the time.

Mungo deeply knew his own "notoriety" in the continent of Yukan. He's cruel and bloodthirsty. He didn't know how many dinosaurs he ate and killed. Both carnivorous dinosaurs and herbivorous dinosaurs were very afraid of him and, of course, hated him very much.

Gulu was raised by Mungo, who doted on Gulu a lot. All dinosaurs on the continent of Yukan knew it.

Mungo: "Gulu isn't your cub. The egg I picked up from the Dada River was a Tyrannosaurus rex egg. The egg had not hatched. Gulu was picked up by Gaya from the forest."

Pado: "I know what you're worried about. You're afraid that Gulu will be bullied by other Triceratopses when he returns with me. How can I let my cub be bullied? I'm the leader and no one will dare to bully him!"

Of course Mungo couldn't say what he really thought. He just reiterated, "Gulu isn't your cub. I won't let you take him away!" He changed to a ready stance to fight with Pado at any time.

Pado: "All Triceratopses must migrate every dry season. But Tyrannosaurus rex don't need to. Gulu will starve to death if he stays with you!"

Mungo: "I will take Gulu to migrate. I like migrating."

Pado didn't expect Mungo to answer so simply. He was suddenly rendered speechless! It seemed that Mungo really made up his mind not to return Gulu.

In fact, Pado could just rob Gulu. He's completely certain of his success.

Mungo was no match for Pado, whether it's a one-on-one fight or a group fight.

Pado was the strongest Triceratops leader in the whole continent of Yukan. He's not only the largest and strongest, but also had rich combat experience. He had won many battles and never lost.

Mungo was still an adolescent. Even if he could defeat Titan, it's still a narrow victory. What's more, Titan was far from Pado's prowess.

In a one-on-one now, Pado could defeat Mungo, even if Mungo may win later after he became an adult.

In addition, there're thousands of Triceratopses in Pado's ethnic group. As long as Pado was willing, he could choose dozens or hundreds of the strongest ones to crush Mungo's group.

However, Pado had been secretly observing Gulu's life in Mungo's group for sometimes. He knew that Mungo and Gaya really cared for Gulu. The two little Tyrannosaurus rex loved him and even Mungo's brothers became good toward him …

So he couldn't rob and could only think of some way to make Mungo "willingly" return Gulu to him.

But now it seemed that it's too difficult to make Mungo willing, so he had to think of other ways.

Pado slowly approached Mungo, putting his hard, long horn on Mungo's neck. His eyes turned as sharp as a knife. When he increased strength to his horn, blood flowed out of Mungo's neck.

Mungo was also not to be outdone. He conveniently turned slightly and bit Pado's bright blue horn shield. He also exerted himself slowly, causing blood to flow down from the horn shield to the middle long horn.

With Pado's strength, he could pierce Mungo's neck in one shot. And with Mungo's biting force, he could certainly pull off half of Pardo's horn shield in one bite, but they didn't do so.

Mungo: After all, he is Gulu's father.

Pado: After all, he has raised Gulu for so long …

Even so, they were not ready to let each other off easily.

Mungo and Pado were extremely domineering and brutal leaders. In their dinosaur life, there was no such word as "tolerance". They were accustomed to conquest and "self-respect".

To be honest, the fact that they didn't directly fight to the death at the start was already the best result.

Mungo looked at Pado's massive body. Mungo had to admit that Pado had astounded him and gained his admiration. No matter how many times he saw Pado, the shock was the same as the first time when he saw such a large Triceratops.

Pado also stared at Mungo. He also had to admit that Mungo always amazed him that an adolescent Tyrannosaurus rex could be so powerful.

The two of them remained in this stalemate of you pushed me and I bit you for a long time. Until night fell, Mungo's neck had been punctured a deep blood hole while Pado's horn shield was almost bitten through by Mungo.

The two had vey tacit understanding and released each other at the same time, then turned around to go back to their own ethnic groups. Their unpromising backs drew farther and farther apart.

When Mungo returned to the nest, Gulu, Guji and Gudong had just finished eating and were playing on the rest of the male Tyrannosaurus rex.

The cubs ran towards Mungo when they saw him coming back and rubbed happily on his thick hind legs.

Of course, they all found Mungo's neck injury and noisily asked. But Mungo only said that he met several Triceratopses and they accidentally hurt them.

Gulu looked at Mungo's neck wound. The diameter of the wound showed that it was penetrated by a very thick horn. Which Triceratops had such a big horn? In Gulu's impression, it seemed that only Pado had it!

However, if Mungo and Pado really fought, it would be impossible to just hurt this much. This injury was nothing to Mungo.

At the end, Gulu couldn't understand.

Mungo: "Gulu, do you want berries? I'll take you to eat."

Gulu of course wanted to eat, skipping over and saying yes.

Guji and Gudong also wanted to go out and play with them. But Mungo didn't agree and asked Gaya to watch them to make sure they didn't run away.

Mungo lowered his head to let Gulu sit on it. Gulu, who was familiar with this action, climbed up.

Mungo didn't speak all the way. Gulu excitedly called out, "Wow, Mungo, are there really many berries in the place we're going?"

At some point, Gulu finally realized that the atmosphere wasn't quite right. Mungo seemed too preoccupied.

Gulu also didn't speak. He leaned back on Mungo's big head as they passed through lush fern fields and dense forests. The air at night was mixed with cool water vapor. The breeze was blowing gently. It's very comfortable.

Tonight's moon was very big, round and bright. The whole continent of Yukan seemed to light up like daytime. Gulu could see all kinds of dinosaurs from far away.

He didn't know how long it took before Gulu, who wasn't afraid of danger because of Mungo's presence, fell asleep unconsciously.

Finally, Mungo stopped at a small mountain top and Gulu was soon awakened by the rich, sweet smell in the surrounding air!

Gulu's saliva flowed to his stomach. He opened his eyes and saw a huge hill of berries. He couldn't believe it: "Mungo, I think I'm dreaming!"

Mungo laid down. Gulu immediately slipped off Mungo's shoulder to the ground and plunged into the lush berry bushes.

Whether he's dreaming or not, let's eat first!

Mungo waited for a long time before Gulu finally rolled out. He was covered in all kinds of colorful pulps and became a "pickled sauce dinosaur cub"!

"Hiccup ~ Mungo, it's so tasty, so heavenly delicious!"

Mungo silently licked the pulps on Gulu. To be honest, Mungo didn't have Gaya's ability to take care of her cubs. Every time he licked him, Gulu felt itchy and rolled all over the ground.

After all pulps were licked off, Gulu found a sand pit and jumped into it to wash. Several rounds of rolling later, he was completely clean. Every spotless piece of his skin shone under the moonlight!

Gulu got too full after eating. When this happened, he liked to lay his back against Mungo's forelimbs.

The two sat at the top of the mountain. Behind them were patches of berries. Around them was cool night wind blowing. They could see all the scenery below the mountain and all kinds of dinosaurs sleeping, eating, hunting, reproducing …

After listening carefully, Gulu felt that it's really a trombone or specifically the sound of an Alphorn. But there're no human beings here. How could there be musical instruments?!

Soon, melodious sounds from Alphorn came one after another, growing louder and more beautiful as if performing in an orchestra!

Gulu stood up in surprise.

(T/N: how to pronounce Parasaurolophus : par-ah-sawr-ol-uh-fus)

Parasaurolophus, an herbivorous dinosaur, had a large, slender crest bent toward the back of its head. The crest was long on the nasal bone and was filled with cavities. Air was sucked through the nostrils and forms a tubular sound through these cavities.

This ridge crown could make a sound similar to the Alphorn, which was very beautiful.

Gulu knew that so many Parasaurolophus came together not to play "music", but to mate. Nevertheless, it's still a very exciting group!

However, Gulu thought of another problem. Parasaurolophuses' "symphony" seemed to not only help his own ethnic group, but also the surrounding dinosaurs. The closer you get to them, the better the effect.

Translator Notes: I just realize that the author double the size of the chapters later on. All previous chapters have been ~2000 words. Many later chapters double to ~4000 to 5000 words. I will split those super size ones into two releases per chapter.

← BAD Chapter 22: A powerful dinosaur who is a prey but also a worthy opponent ← BAD Chapter 24: There are two accounts, but I can only log in one ah!
%d bloggers like this: