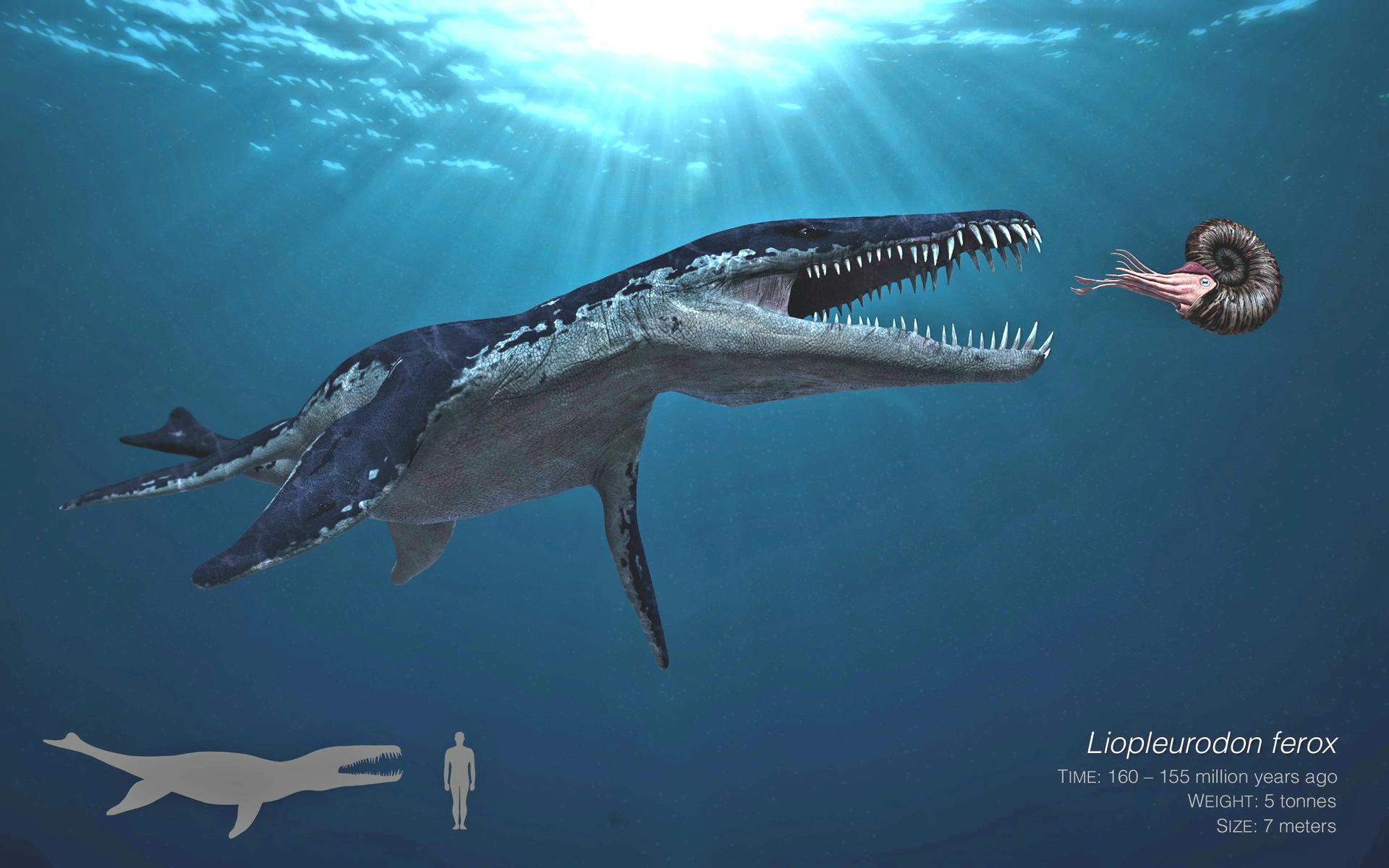 Gulu mixed his dinosaur and human language as he spoke to Nassau: "Nassau, don't blame Cassie. I came here myself. Let me check your wing bones first …"

He didn't know how much Nassau understood. Anyway, he felt that even if he didn't completely understand, Nassau could probably tell what he meant by his body language.

Nassau stopped screeching at Cassie. He said to Gulu, "You shouldn't be here. I'm fine. I'll be fine in a couple of days."

Gulu didn't know why Nassau insisted on not letting him come. After all, it wasn't very dangerous. Was he afraid of being seen in a mess? After all, Nassau was such a proud pterosaur.

Cassie was very afraid of Nassau's majesty. Even though Nassau no longer screamed at him, he was still trembling with fear and laid down silently on one side.

Gulu saw Cassie looked so scared. He felt that Cassie was really Nassau's best brother and assistant. Even if he knew that Nassau would be angry and was very scared, he still risked his life to ensure that Nassau would get better as soon as possible no matter the cost.

Gulu walked to the front of Cassie. He opened his arms and held Cassie's neck while stroking his huge beak. Cassie gradually calmed down. He stood up and walked to the side.

It's also because Cassie was lying down just now that Gulu was able to hold and touch him. Cassie's full height was 6-7 meters. The human Gulu couldn't touched his head even when jumping up.

After the examination, Gulu was deeply worried, because he wasn't sure whether the injury was a fracture or a dislocation of the bone. If it's only a dislocation, it would be easy to handle. In contrast, a fracture would be hard to recover from.

In any case, he must fix and straighten the wing bones first.

Previously, Gulu had provided "medical care" for many pterosaurs by setting and fixing their bones. At this time, he became very handy in doing such works. He finished fixing Nassau in just a short time.

However, when he did a general examination of Nassau, he found that Nassau's sharp claws had been bleached by seawater in the past two days. If a timely anti-inflammatory treatment wasn't applied, they would probably fall off naturally and never grow back again.

The cause must be the tsunami from two days ago. The cave was submerged by the sea while Nassau had no other place to hide. It's normal for his claws to become inflamed after being immersed in the sea water for a long time.

Nassau had never encountered this kind of situation or found himself in such a big mess before. He certainly didn't know that his sharp claws were about to fall off. He just thought they were the same as his other injuries that would heal after a while.

Gulu told Nassau about the seriousness of his claws. His words were still a mixed of human language and dinosaur. Nassau understood most of it. Now, he found out how ignorant he was.

He felt pain in his claws for two days but thought for sure that he would get better in a few days. His previous injuries were much more painful, yet he still survived. He didn't know that some injuries that weren't too painful could still be very fatal.

When Mungo was injured before, Gulu didn't apply herbs on him because Gulu knew that his injuries weren't fatal. It could be cured by his dinosaur's self-healing ability. Gulu didn't want Mungo to develop "drug dependence" by treating his wounds with external materials.

But Nassau's situation was very special. Without herbs, Nassau's claws would probably be gone. These claws were very important hunting and attacking tools for pterosaurs.

In his case, there was no need to consider the problem of "drug dependence". Who cared about developing tolerance when they were about to lose all their claws? Of course, it's more important to keep their claws first.

Gulu returned to Nassau's side. He chewed the ginkgo leaves and ferns directly in his mouth then applied them to Nassau's claws. Human saliva also had good sterilizing effect.

To be honest, Nassau would never allow any dinosaur to do such a thing to him unless it's Gulu. In the heart of carnivorous dinosaurs, these chewed fern plants were really disgusting. They didn't even like them normally, not to mention putting such things on their own body.

After Gulu finished his treatment, there was no other way to help Nassau. It would take a few more days to see what happened to Nassau's wing bones. Whether Nassau's claws would heal or not also depended on fate.

Just now, when he was out picking ferns and leaves, Gulu saw a young dinosaur cub on the beach of the island. It seemed to have run aground but wasn't dead. At that time, he was sitting on Cassie's back and couldn't see clearly. He's not sure if it was a pliosaur cub. He wanted to see it again.

A pliosaur was the marine overlord in the late Jurassic, belonging to the family of Pliosauroidea. Pliosaur was called "Monster" before it's officially named. Their more famous family included Liopleurodon, Svalbard Pliosaur, Kronosaurus and Dolichorhynchops, etc. They were the top predators in the ocean and could swallow a giant whale in one bite.

(T/N: It's called Svalbard Pliosaur because this pliosaur was discovery on the Svalbard archipelago in Norway. The official name is Pliosaurus funkei. It was also called Predator X before it was identified.

I finally realize that pliosaur is just a general term like pterosaur. It doesn't refer to any specific species. The picture of the pliosaur I put up before was actually a Kronosaurus 😅)

Gulu was unable to determine which type the stranded pliosaur cub was. He's very curious. If he couldn't find out, he felt very uncomfortable like something was scratching his heart and lungs.

Now, it's still early. He didn't have to rush to let his consciousness return to the dinosaur's body.

So he asked Cassie to take him to the beach and let him down beside the pliosaur cub.

This little dinosaur cub was 3-4 meters long and weighed about 600-800 Jin. Gulu carefully observed and found it to be a Pliosaurus funkei's cub. Only this species' cub could have such a large size. They were the top overlord in the ocean!

Tyrannosaurus rex often got shot while lying down. Today it was deemed as weaker than that one dinosaur but tomorrow it was seen as good as another dinosaur.

When Gulu was a human being, he often thought that Tyrannosaurus Rex was really wronged by these researchers. Why did they even use Tyrannosaurus Rex as a comparison? The creatures in the sea shouldn't be compared with those on land. Dinosaurs on the land were generally not as big as those in the ocean. This was basic common sense.

Gulu felt that if Tyrannosaurus rex had a say in human research, it would definitely scold them every day: What does it matter to me?! What does this sea creature have to do with me? Don't take me out to compare!

This cub still looked very energetic. It's just that there was no water around and its body was too big to move back to the sea on its own. Gulu was stumped. He couldn't move such a big cub.

The Pliosaurus funkei cub stared at Gulu for a long time, but still failed to understand what kind of dinosaur could grow up to look like Gulu. It was just too strange!

Of course, pliosaurs generally moved in the deep sea and seldom came up to the surface of the water. Pterosaurs didn't have much chance to see one, let alone hunt it. Even if they wanted to hunt one, none of them could even carry off these big pliosaur cubs.

The pliosaur cub said to Cassie, "Uncle pterosaur, can you help and drag me to the sea? My Dad will thank you. He can catch a lot of big fish for you to eat, please …"

Most dinosaurs wouldn't even help those of their own species that wasn't part of their ethnic group, let alone lending a hand to a completely different species. Cassie looked at this young Pliosaurus funkei with indifference.

Cassie's thought was: I can't drag you. Even if I can, I won't help you. If it wasn't for your mouthful of fangs and the fact that I can't beat you, I'll have eaten you alive while you're still fresh. Asking me to help you get back to the sea? What a beautiful thought!

Of course, the Pliosaurus funkei cub also saw that Cassie wouldn't help him. He had to place his final hope on this seemingly weak dinosaur whose species he didn't even know.

(T/N: Little big brother – refers to someone with higher seniority but smaller in body size)

Even if the Pliosaurus funkei cub was less than one year old, the fangs in his mouth were already more than 10 centimeters long. This mouthful of fangs was much more powerful than many adult dinosaurs on land. It could bite Gulu into pieces and swallow him in one bite.

As soon as he talked, his mouth filling with horrible fangs would be exposed, looking very fierce and terrible.

Gulu: emmm……… How do you say it? This cub isn't cute at all. His body is definitely not small in size and his fangs are so long! I dare not be your little big brother!

T/N: Pliosaurus funkei has no Latin name (ex: Liopleurodon for Pliosaurus ferox, etc). So I will use its scientific name.