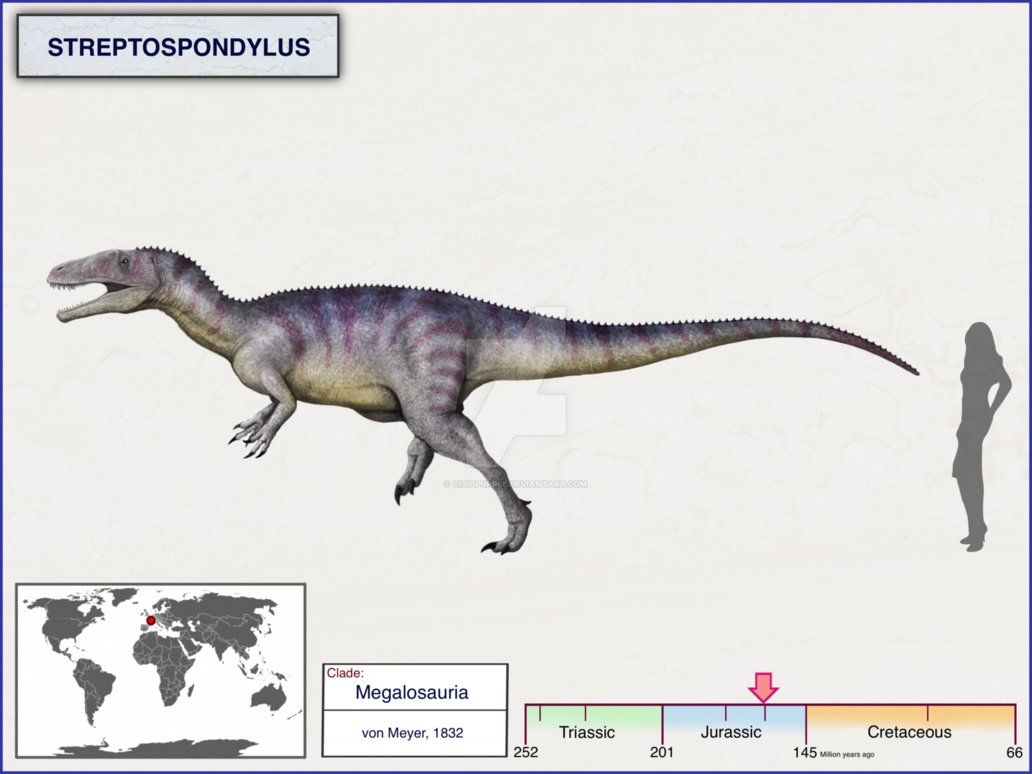 Cassie just flew onto the sky for a moment before Gulu suddenly thought: Isn't it possible to log in remotely between my two bodies? In that case, it's better to leave my dinosaur body to Mungo, so I can wake up and talk to him at any time.

Since Gulu discovered that he could become a human being, he had deliberately been learning to speak the dinosaur language in human form.

Human oral structure was the most flexible and also the best at learning various vocal ranges. The ranges of their sounds were very wide. With regular practice, human could practically learn many languages and pronunciations.

On the other hand, the oral structure of dinosaurs couldn't produce many vocal ranges. Dinosaur's language and communication were much simpler than those of humans. Their oral structure didn't allow for too complicated expressions.

Through this period of study, Gulu's human form could already speak some relatively simple dinosaur languages. Only in-depth conversation couldn't be done, but Gulu thought that he and Nassau didn't need to have in-depth discussion anyway.

So, Gulu patted Cassie on his neck. Cassie immediately understood. Gulu meant: Land but don't get too close to Mungo. Mungo was very angry now. Being too close was too dangerous for Cassie.

Gulu immediately climbed down, took out his dinosaur body from his personal space and placed it on the ground. At the same time, he shouted at Mungo, "Mungo, protect my dinosaur body."

Gulu in human form couldn't speak the language of dinosaurs smoothly or accurately. Most of the other dinosaurs probably wouldn't understand him, but Mungo managed to get a large part of it.

Moreover, Gulu knew that even if Mungo couldn't understand his words, he would still take good care of his dinosaur body. There was no need for him to explain more.

Mungo ran desperately, but when he arrived, Cassie had already flown into the air. Mungo stretched out his neck but couldn't even bite Cassie's tail.

On the ground laid Gulu's dinosaur body. Mungo stopped chasing the pterosaur. He lowered his head and gently rubbed Gulu, then picked up his dinosaur body with great tenderness.

After repeated explanation and actual observation, Mungo now fully understood the relationship between Gulu's dinosaur body and human body. He also knew that this dinosaur body could wake up at any time as long as Gulu willed it.

Of course, Mungo also realized that Gulu's human body and dinosaur body were connected. Not one of them could be injured. Gulu's human body was so fragile, but now he had gone to a place where Mungo couldn't reach. How could he not worry?!

Mungo took Gulu's dinosaur body back to the nest and asked Gaya to watch it carefully. He had to explain to Pado why Gulu had not been sent back today.

During his six days in the Tyrannosaurus rex's group, Gulu also explained to Gaya, Guji and Gudong many times about the relationship between his human body and dinosaur body. Although they still didn't quite understand it, they all knew that Gulu could wake up at any time as long as he thought about it.

Therefore, Gaya, Guji and Gudong took good care of Gulu's dinosaur body and placed it in the nest. They also covered it with huge Alsophila leaves, which were cool and comfortable.

Meanwhile, Gaya also asked Mungo's brothers to find some fruits and leaves that Gulu liked to eat in order to ensure that Gulu could eat delicious food when he woke up.

Mungo knew that Pado would be very angry.

Indeed as expected, when Mungo found Pado and explained clearly, Pado paced back and forth in front of Mungo with the same agitation as before.

First, Pado scolded Mungo. His words were along the line of: Mungo should have killed the pterosaur and so on. He shouldn't have let Gulu be so headstrong and follow his whims.

Mungo listened to the reprimand with his head down. He didn't argue for himself. He's also very upset. He actually thought that Pado scolded him well.

In fact, Pado recognized that this couldn't be blamed on Mungo. Gulu was his son. He knew how difficult Gulu was to be "disciplined". Gulu was too smart and had his own ideas. They couldn't control him at all.

Just like the last time when Gulu went to rescue Mungo with that Quetzalcoatlus, he couldn't stop it.

He was only scolding Mungo now because he was too anxious and angry. He had to find a way to vent. Unfortunately, Mungo was a very suitable outlet for him to vent.

In contrast, Mungo felt much better after being severely scolded by Pado.

After Pado's anger subsided a little, he said, "Gulu deserves a beating! When he comes back, I'll beat him up."

Pado went on to say: "When Gulu's body wakes up, you can't tell him this or you'll frighten him. He might be afraid and changes his mind by coming back later if he finds out that he'll be beaten once he returns."

Of course, Pado's worries were overblown.

Gulu was always treated as a cub after he came to the dinosaur world because he often played with his younger siblings. His psychological age had indeed regressed a lot and sometimes he seemed particularly childish. However, he would never delay his return from fear of being beaten.

Pado continued: "When Gulu's body wakes up, you need to ask him what's going on over there and ask him when he'll come back. Tell him not to try and be brave. Those pterosaurs should solve their own problems themselves. How old is he? Just because they say he's the leader, he has to be one. Ah, it pisses me off …"

Mungo hurriedly comforted Pado: "I will certainly ask him well. You don't have to worry too much …"

Pado: "Let Gulu tell the pterosaurs that he's not their leader and let them stop looking for him in the future! Otherwise, I'll hit them down and trample them to death!"

Mungo nodded desperately while thinking at the same time that he needed to eat more pterosaurs.

Now Pado and Mungo had reached an unprecedented agreement on "strategic cooperation". Their united front was to discipline the "unruly" Gulu.

Mungo also didn't know what's wrong with him. Since Gulu returned to Pado's ethnic group, he could be said to be "obedient" to Pado. His behavior wasn't like a Tyrannosaurus rex at all. He respected Pado before, but now he not only respected him but also wanted to always "please" him.

It's possible that he somehow just wanted to please Pado because he's afraid that Pado wouldn't let him pick up Gulu for sleepover otherwise. When Gulu grew up, Pado wouldn't allow Gulu to communicate with him again …

Now Mungo listened to Pado very much. When Pado was right, he must of course obey. Even when Pado was sometimes wrong, he didn't dare to say anything. Who made Pado Gulu's father?

Back at the nest, Mungo had no other way but to wait for Gulu to wake up in his dinosaur body.

Gulu sat on Cassie's back and flew over lush fern fields and dense forests. It's a fine weather after the rain. Those fern plants and trees were growing like crazy. The green mainland that was moistened by the fallen rain was exceptionally dazzling.

Close to the sea, Gulu saw that a large area of fern fields was badly damnaged by the hurricane caused by the tsunami. Many fern vegetations were uprooted and blown to hang on the big trees. Even some smaller trees were directly uprooted while the larger ones broke in the middle.

All kinds of dinosaurs died along the coastal fern fields and forests. Many were crushed to death by fallen big trees. Some were swept up by hurricanes then dropped to death. Others were killed by gigantic waves … There're also many dead marine creatures lying across the sandy fern fields.

After the tide ebbed, sea sand accumulated on these fern fields and forests along the coast, leaving behind a mess.

Some carnivorous dinosaurs that seldom came to the coast for food were also coming. The tsunami killed many dinosaurs. These dead dinosaurs and various marine creatures that were washed ashore would become their very abundant food resources for the next period of time.

Cassie flew to the sea with Gulu. All kinds of big fishes like ichthyosaurs and Plesiosaurs appeared on the sea surface one after another, especially the Ophthalmosaurus. Countless Ophthalmosaurus flew across the water surface to take a breath, forming a spectacular phenomenon of "flying fish".

Cassie flew very fast. They soon arrived at the island where Nassau was trapped.

Of course, the island was also a mess. It's full of dead marine bodies, some of which had already started to rot. The feast for scavengers like Streptospondylus had just begun.

Cassie finally landed at a cave entrance by the island's cliff. Nassau stood inside the cave.

This cave wasn't large. With a pterosaur as big as Nassau inside, it looked even narrower.

But it was this small cave that saved Nassau and provided him with shelter from the hurricane and tsunami.

Gulu saw that the watermark left by the rising tide had reached the entrance of the cave. There was still a finger-high watermark along the cliff wall inside the cave, proving that the cave had actually been submerged in sea water during those three days of the tsunami. One didn't know how desperate Nassau was in here alone at that time.

Cassie and Gulu walked to Nassau's side together. Nassau was eating a sea fish. It should be one that a pterosaur from his ethnic group just hunted for him. It's still very fresh.

Cassie fell to the ground and completely surrendered to Nassau. If Nassau was to kill him now, he wouldn't offer the slightest resistance.