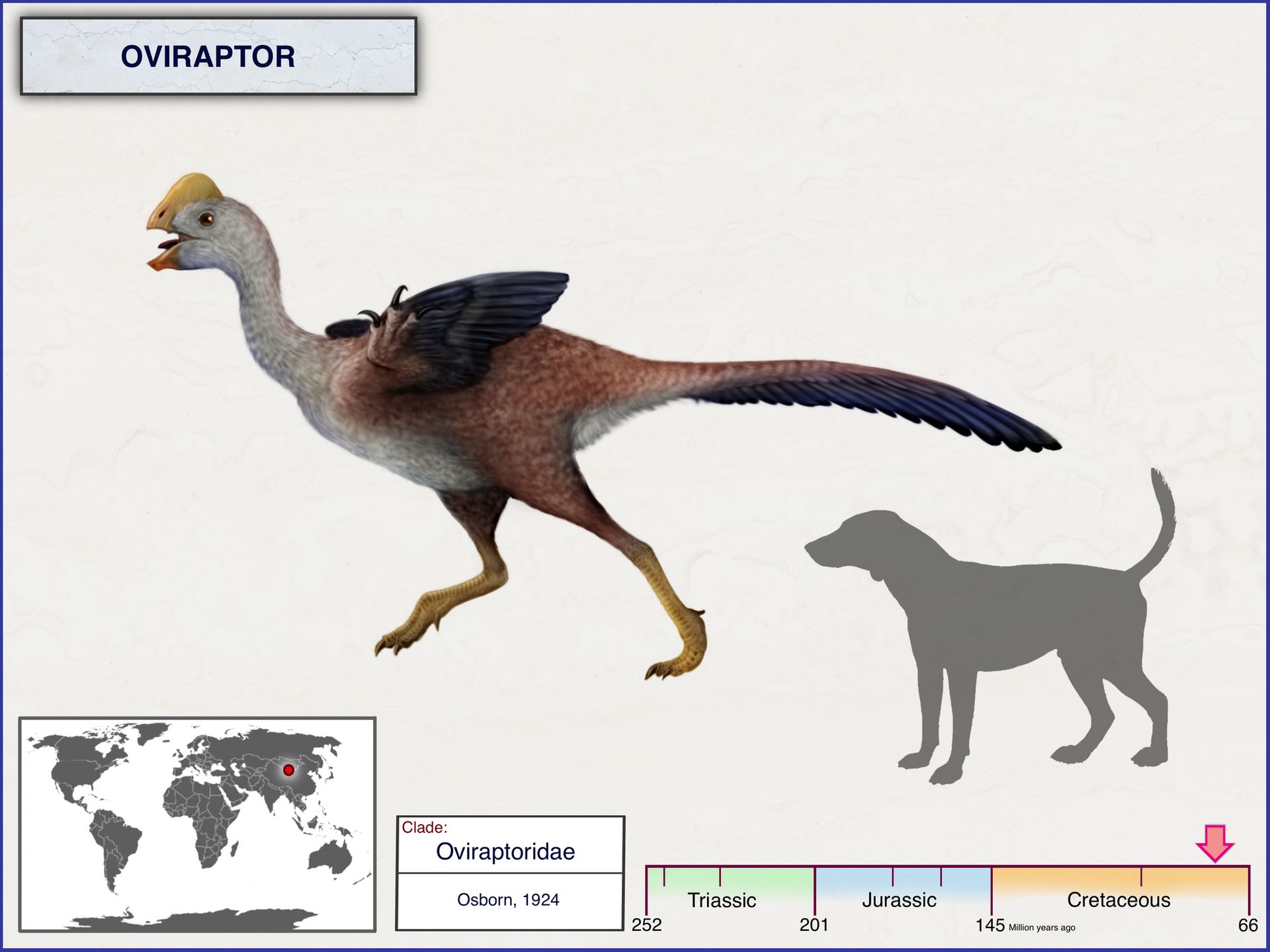 A Tyrannosaurus rex was really a monster. Just its breath felt like a hurricane. In fact, Mungo wasn't very close to Gulu, but his breathing made Gulu feel like an electric fan with super-strong wind power was blowing him at its maximum speed.

The dinosaur's body had a strong ability to regulate temperature. Even on such a hot afternoon, their bodies were cold. Mungo's breath was, of course, icy.

Because Gulu was lying on his belly, this super-strong air conditioner was blowing right at him. It's very comfortable, but a little embarrassing when blowing at an awkward place. (T/N: ??)

Mungo didn't pay any attention to Gulu's abnormality. He just felt a little sleepy and rested on his belly. How he breathed was beyond his control.

Since Mungo wasn't lying on the ground before, he was very high above Gulu. The breath that he exhaled barely fell on Gulu's head. However, when Mungo laid down, his breath completely blew against Gulu who was lying in front of him.

Gulu was shocked at first. He was suddenly blown by a strong, icy and cool wind. Anyone would feel uncomfortable, but he soon enjoyed it.

Gulu thought out an advertisement for Mungo: As a super-powerful Triceratops lawn mower, after a hard day of work, your engine needs to cool down quickly. If it overheats, buy an air conditioner and choose a Tyrannosaurus rex one. You deserve the best.

Other Triceratops lawn movers: I believe in your ghost! You are a bad little cub!

Mungo really had no interest in watching these dinosaurs hunted and raised their young. However, he had nothing to do after eating every day. Watching various dinosaurs with Gulu was the happiest thing for him. Of course, the main focus was to accompany Gulu.

As the result, while Gulu watched with relish now, Mungo closed his eyes and slept on the ground. Of course, he didn't really sleep. He rested like this every day except hunting. He couldn't sleep after he was full. Now, he just enjoyed the quiet time with Gulu.

Gigantoraptor belonged to the same family as Oviraptor, but it's the largest in the family. It was 3-4 meters tall when standing, 8 meters long and weighed 2-3 tons. In contrast, the average Oviraptor was less than half the weight and body size of a Gigantoraptor.

Gulu saw four or five Oviraptors near the Gigantoraptors' nest. They were apparently trying to steal the eggs of the Gigantoraptor parents. These hateful little guys were waiting for the right time.

Oviraptors belonged to omnivorous dinosaurs. They ate meat when available and plants when there was no meat. They also liked eggs a lot. They wanted to eat the eggs of these Gigantoraptor parents.

Gigantoraptors had a pair of large wings, but because they were too heavy to fly, their wings couldn't play the obvious role. Instead, they were used to dig soil when creating a nest. Their other big role was to attack.

Gulu thought to himself: How can such a small dinosaur steal a giant dinosaur's eggs?

Gigantoraptor Mom was still sitting on the nest to protect her eggs. Meanwhile Gigantoraptor Dad fiercely rushed toward the two Tyrannosaurus rex.

Gulu felt that these Gigantoraptors were really loving parents. Many dinosaurs would run away when they met Tyrannosaurus rex since they couldn't even protect their own lives. However, the Gigantoraptor parents behaved very tough.

At least, Gulu never saw any Gigantoraptor parent leaving behind their eggs. They could be said to be the "model parents" in the dinosaur world and ranked alongside the Maiasaura.

A Tyrannosaurus rex's bite force was very scary, even if it's a thin adolescent. The bite could tear muscle and bone. If it's a dinosaur with a lot of meat, the bite could take off a large piece of meat. However, Gigantoraptor's wings had no meat, so it was directly bitten off by half.

The Gigantoraptor Dad looked very painful, but he was still holding back these Tyrannosaurus rex.

The Tyrannosaurus rex vomited out the bitten off wing. It had nothing but feathers and bones.

Even if the Tyrannosaurus rex vomited out the wing, it still ate a mouthful of feathers. These feathers weren't easy to spit out. Some of them seemed to choke its throat. The Tyrannosaurus rex also looked very painful. A pair of small and short hands waved wildly in the air, but these hands were too short to even touch its chin, not to mention reaching into the throat to get the feathers out.

Mungo: "These long-haired dinosaurs are disgusting. They are not delicious at all. They have a lot of feathers that choke dinosaurs."

Gulu: "Mungo, you aren't asleep. I thought you're asleep."

Mungo's eyes were slightly closed, but he was watching the surroundings all the time. He could detect any danger at the first sight, although no dinosaur dared to attack him.

Gulu was bored and wanted to tease Mungo: "If I'm a long-haired dinosaur, will you still be so good to me?"

Mungo answered without thinking: "Then I will help lick your feathers to prevent them from flying around. But Triceratops doesn't have long hair."

Gulu thought that he was really strange. Triceratops was Tyrannosaurus rex's favorite food. Mungo could endure not eating him, but how could he still care about his long hair?

The Gigantoraptor Dad over there was surrounded by two Tyrannosaurus rex.

The Gigantoraptor Mom finally left the nest and rushed over, flapping her wings and jumping up to scratch one.

The Tyrannosaurus rex also leaped up and tried to fatally bite the neck of the Gigantoraptor Mom. However, she used her wings to jump higher than it. One of her claws caught its neck. A bloody gnash immediately appeared.

At the same time, the Gigantoraptor Mom used her weight to hit the Tyrannosaurus rex, knocking it to the ground.

Gulu felt that this Gigantoraptor Mom was really strong. The entire Tyrannosaurus rex was caught off guard and was caught then kicked down by her.

However, this was also due to the fact that these two Tyrannosaurus rex were very thin. If they met a slightly stronger Tyrannosaurus rex, the two Gigantoraptors would already have their necks bitten off and lying on the ground.

On the other side, the Oviraptors took advantage of the fight between the Gigantoraptor parents and Tyrannosaurus rex to steal eggs.

However, these Oviraptors were too small to jump directly into the nest built by the Gigantoraptors. They stood on the edge of the nest and dung hard with their two wings. They must dig the nest lower to steal the eggs.

Fortunately, the two Tyrannosaurus rex were too thin. They may not have enough food for a long time. Their strength was finally exhausted. They gave up hunting the two Gigantoraptors.

The two Tyrannosaurus rex ran away. At the same time, the Oviraptors over there almost succeeded in stealing eggs. The Gigantoraptor parents quickly ran back and drove the Oviraptors away.

Not a single egg was lost. The Oviraptors were too busy digging the nest and didn't have time to steal any.

The Gigantoraptor parents sat on the nest again. They licked each other's blood and wounds while guarding their cub eggs together.

Gulu knew that Gigantoraptors were very good at protecting eggs and nesting. They sat on the nest with their wings covered to protect the eggs. It took 80 days for these eggs to hatch. This period of time was very dangerous for the Gigantoraptor parents, because they would never leave the eggs unprotected regardless of what happened.

These Gigantoraptor parents managed to resist such a terrible Tyrannosaurus rex attack this time. Gulu thought that they should be able to hatch eggs successfully. They were such good parents.

In fact, Gulu realized that the reason why Gigantoraptor parents built their nest in the barren desert was to avoid the terrible carnivorous dinosaurs in the fern plains and forest. Although there was little to eat in the desert, it also had fewer predators.

Those two thin Tyrannosaurus rex probably couldn't beat other carnivorous dinosaurs in the plains and forests and had to come here. They didn't expect the two Gigantoraptors to be so tough. In the end, they still failed to hunt.

They chased and fought wildly in the swamp.

T/N: Bad news guys, I'm running out of the chapter stockpiles. The release schedule will have to slow down to once a week on Monday since I'm not an idle turtle anymore 🙁