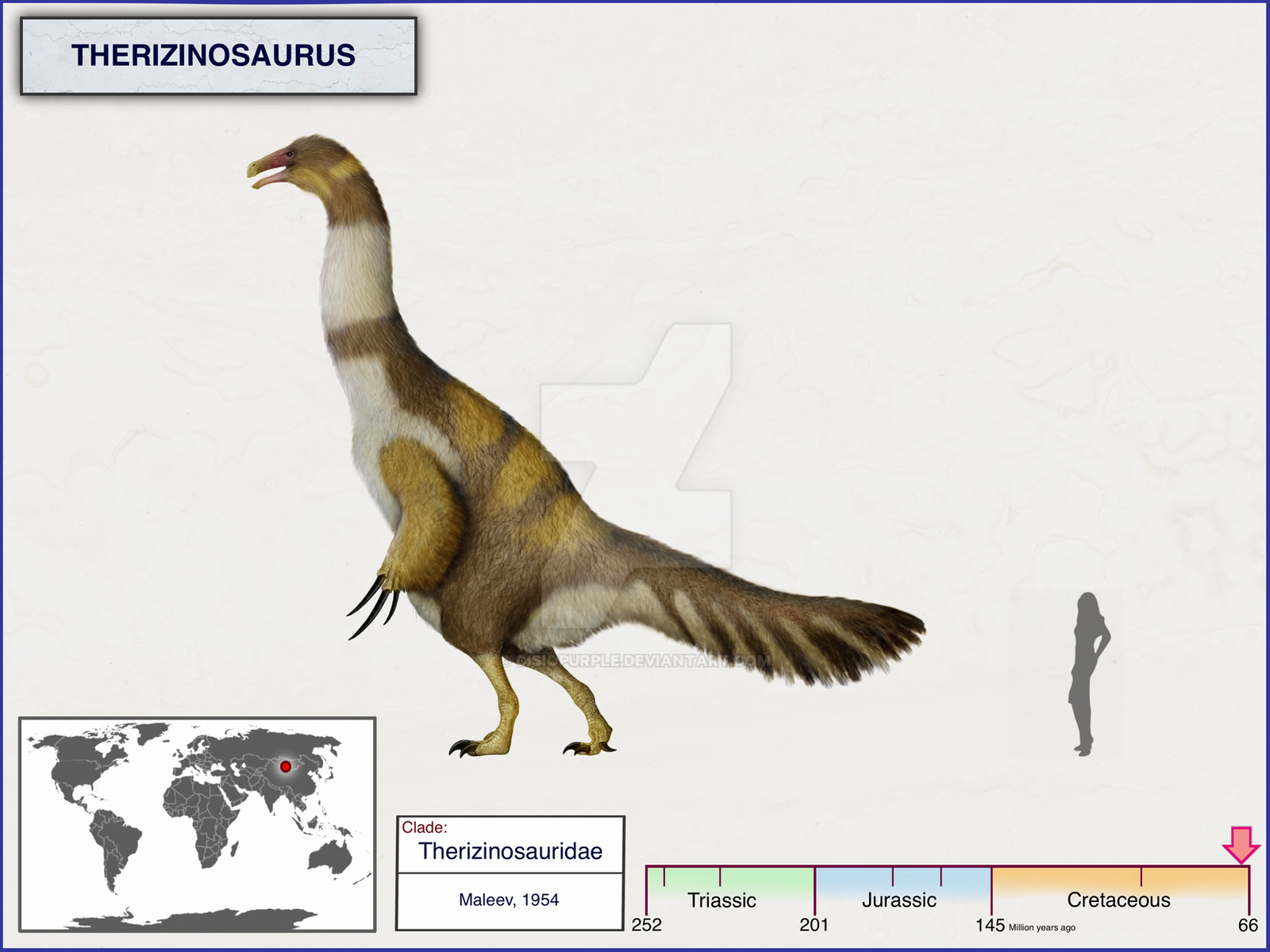 Even though Gulu really felt sorry for Moer, he still told his speculations to Mungo and Gaya in detail.

Gaya: "I also feel very sorry for that little cub."

Munroe didn't see Moer. He didn't know what she felt sorry for. Moke was so bad. Moyi was also full of bad water. There was no good dinosaur in their family. He spoke up, "Don't be fooled by that little brat. He's Moke's little brat."

Gaya: "Although he's Moke's youngest cub, I don't know why, but I always think that he's very similar to Guji and Gudong. Maybe I was wrong…"

Guji: "He's so pitiful and thin. He certainly never has enough to eat."

Gudong: "He has many injuries. It must be Moyi that big bad dinosaur who often beats him. If I was him, I would have died long ago."

Gaya: "If that little cub really wants to hurt us, he wouldn't have come and tell us not to believe him…"

Gulu knew that Mungo's way of thinking was very simple and crude. All dinosaurs that he didn't like were killed. He didn't care whether the dinosaurs had any "tricks". He didn't bother to think about them and couldn't understand them. It's most convenient for him to just kill them directly.

Mungo being like this, Gulu really liked him. He liked such a simple and crude way of solving problems.

In a single sentence: Just "gank" it.

Gulu thought that Mungo was really a "cool and domineering dinosaur president". No wonder so many female Tyrannosaurus rex liked Mungo. If he was a female, he couldn't resist Mungo's charm!

Mun-Domineering President-go: The sky is getting cold. It's time to eat the dinosaurs of Mo family.

Mungo nodded his head. He had no interest in eating small cubs. As long as Moyi died, Moer was too small of a dinosaur to do any harm.

After that, Mungo asked his brothers to find Moyi every day. And they did, but this Moyi was really good at hiding. They couldn't find him.

If Mungo's skill was to deal 100,000 ∞ damage with his "he who sees shall die" equipment, then Moyi must have bought the "stealth skill ∞".

This made Mungo very angry. Yet, he could only continue to look for Moyi's group by spending a lot of time every day.

Then, many other dinosaurs said that Moyi and his group had left Dada River plains. This made Mungo even angrier. Mungo's territory was here. He couldn't run far away to kill Moyi.

During this period, Gulu found that the water level of Dada River had dropped a lot. A small number of green plants was beginning to wither and turned yellow. The growth speed of fern plants and leaves also had slowed down a lot, which proved that the big dry season was coming soon.

The arrival of the big dry season also meant that herbivorous dinosaurs must begin to prepare for migration. The migration road in the dinosaur era was very long. They needed to cross the entire continent and even go through the equator to reach the "southern hemisphere" where the rainy season was coming.

The first group to migrate was the Diplodocus. They had no teeth and could only eat tender leaves. Then went the Argentinosaurus, Brachiosaurus, Amphicoelias, Sauroposeidon and so on…These huge herbivorous dinosaurs had to migrate early to ensure sufficient food sources.

Triceratops, Stegosaurus, Ankylosaurus and other non-particularly large herbivorous dinosaurs would leave when Dada River bottomed out and fern plants were in inadequate supplies.

Pado was observing the water volume of Dada River and surrounding fern plains every day. After the large herbivorous dinosaurs left, they had more food and didn't need to leave in a hurry, but they must remain alert at all times.

Perhaps, this was the magic of nature. Herbivorous dinosaurs never migrated at the same time. They always did so in waves. After the big migrating dinosaur in front finished eating, new luxuriant plants would regrow, and the dinosaurs behind would have food again.

It's completely unnecessary for carnivorous dinosaurs to migrate with herbivorous dinosaurs in every aspect. Migration required a lot of physical strength. They would also encounter many dangers or natural disasters because they were not familiar with the terrains. Carnivorous dinosaurs could eat well in their familiar territory and didn't need to "drift from place to place".

However, Mungo had been cultivating Munroe and Moluo to lead the ethnic group for some time. He decided to migrate with Gulu.

Before he found out that Gulu was Pado's son, he had already decided to take Gulu with him to migrate. Even if Gulu now went to Pado's group, he still didn't change his mind.

Each of his brothers was very strong and would surely be able to guard his territory.

Gaya, as an adult female Tyrannosaurus rex, should be able to bring up her cubs alone. She always had this strength, but Mungo loathed to let her suffer again and kept her in his group.

Mungo knew that Gaya and his brothers would surely be able to protect Guji and Gudong.

On this day, Mungo returned to the Tyrannosaurus rex nest with Gulu.

Gaya, Guji and Gudong learned that Gulu would soon migrate and wouldn't come back until the next rainy season. They were very reluctant to part with him.

"Brother, how long is the next rainy season? We also want to migrate with you. Migration must be fun. You go to many places…"

Gulu: "Migration isn't fun at all. It is very tiring. I can eat ferns and plant leaves. But it will be very difficult for you to hunt. You may starve to death if you don't eat…"

Guji and Gudong: "Ah, migration is so dangerous. Can't brother not migrate?"

Gulu: "I will have no food if I don't migrate. The ferns and leaves here have no water during the dry season. I will starve to death."

Of course, Guji and Gudong didn't want their brother to starve to death. They also knew that herbivorous dinosaurs must migrate, but they still loathed to give him up.

Gaya: "Gulu, listen to Pado and Babana. Didn't run around. Migration is very dangerous. We'll wait here for you to come back. When you come back, you must be a big Triceratops."

Gulu: "Uh-huh, Mom. I will be a very big Triceratops when I come back. I will become extremely powerful…"

Mungo officially announced at this time: "I will migrate with Gulu."

Gaya, Guji and Gudong were all shocked, but Mungo's brothers actually knew about this long ago.

Guji and Gudong: "Wow, that's really great. With Mungo's protection, no dinosaur will dare to bully brother, but we also like Mungo…"

Gaya knew in her heart that Mungo should never follow Gulu to migrate, but she didn't oppose it. She couldn't accept any accidents happening to Gulu during the migration process or the fact that he would never return.

Gaya knew that Mungo was very strong. He could protect himself and Gulu.

But Gulu disagreed: "Mungo, no way! No Tyrannosaurus rex migrates! Mungo, you can rest assured that Pado and Babana will protect me. I'm so smart that I'll definitely be back in the next rainy season."

Mungo: "The next rainy season is too long."

No matter what Gulu told him, Mungo didn't agree. Gulu realized that he couldn't persuade Mungo.

However, Gulu really didn't want Mungo to live this "wandering" life with them. He would be in the Triceratops group. But Mungo could only follow them from afar by himself. It's so lonely.

Gulu voiced all these questions, but Mungo remained silent, meaning that he would follow them to migrate. There was no room for discussion.

Gulu asked Gaya to help persuade Mungo. Gaya instead said, "Mungo brought Munroe to find me from a young age. He had to cross the entire southern continent then. Mungo is even stronger now. He can fight all dinosaurs."

Gulu heard about this. Mungo's reputation as the most powerful Tyrannosaurus rex in the whole continent of Yukan wasn't for nothing, but he was still reluctant to let Mungo take risks.

Gulu knew that it's useless to try to persuade Mungo like this, but he really couldn't let Mungo face dangers. If Mungo was surrounded by more than a dozen Tyrannosaurus rex, what would he do? He felt terrible just thinking about it.

Then Gulu said, "Mungo, even if you follow me, I won't come out to play with you. You won't see me… I don't want to talk to you until you change your mind."

Having spoken, Gulu turned and ran back to Pado's ethnic groups. Mungo, of course, hurried to catch up.

Gulu didn't run very fast. Mungo understood that he was wrong. If Gulu had not returned to Pado's group, he certainly had no problem migrating with Gulu, but now he really shouldn't migrate with Gulu.

However, Mungo wouldn't change his mind. He wanted to coax Gulu, but he didn't know how. He could only silently follow Gulu wherever he went and never left his side.

While moving, Gulu found many Compsognathus dead beside a stream. These Compsognathus were not attacked but died without any trauma. It seemed that they should have just died.

Gulu thought to himself: Is there any deadly bacteria in this stream? They must not drink the water here!

In the age of dinosaurs, there're also a small number of bacteria, such as "botulinum toxin". Botulinum toxin was caused by bacteria growing on rotten meat. Once the meat was infected with bacteria, it would quickly infect other dinosaurs that ate it, resulting in fatal consequences and killing them at a very fast speed.

Gulu was both curious and scared, scared because this place wasn't far from Mungo's group. He's afraid that Mungo's dinosaurs would eat these Compsognathus and become infected with the virus.

So he chose a luxuriant fern bush and hid inside. Mungo hid beside him.

Not long after, this group of dead Compsognathus attracted several Troodontids. These Troodontids found such a big meal and, of course, ate to their heart's content.

Gulu waited for these Troodontids to fall to the ground, which would prove that the Compsognathus were poisonous. Troodontid was a smaller carnivore, weighing only over 100 Jin. If the Compsognathus meat was poisonous, then they would have the fastest reactions and immediately showed symptoms of poisoning.

But these Troodontids ate all of the Compsognathus on the ground and were all right. They left happily. They had never eaten such an easy lunch before. It's really lucky.

Gulu looked at the Troodontids bouncing away as if to say, "I'm the luckiest dinosaur in the whole continent of Yukan!"